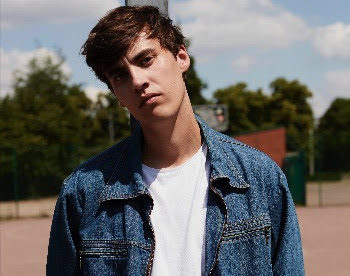 Tipped by big names in music in the shape of Niall Horan and Lewis Capaldi, rising star JC Stewart is set to be the next big thing.

On his fourth night of residency at The Islington in London, I caught up with JC to talk about his new track ‘Pick Up Your Phone’.

We’re loving your new track ‘Pick Up Your Phone’. What was the inspiration behind it?

JC- I went into the session with two guys I’ve never worked with before and they asked me what was going on in my life. I had got this phone call from this person that a relationship with wasn’t happening but we just kept calling each other at really bad times. We were both bored essentially. The track is literally about that situation

What’s your songwriting process like, is it different each time?

JC- Yeah, it’s kind of different every day. When you’re a writer you end up writing seven songs a week so I change it up otherwise if you do it the same way, you’re going to end up with the same kind of song. It can’t be about yourself the whole time, it has to be about things you hear or things that are going on around the world because you can’t write seven songs a week about yourself, you’d go a bit mental.

You’re also in high demand in the songwriting scene

JC-  Oh no I don’t know about that

S- I mean I saw it online so it must be true… right? Is there one artist or band that you would love to write a song with?

It’s your fourth night here at The Islington in London, how does it feel to have sold out all four nights?

JC- it feels amazing! I was really hoping to sell out one show here but to then have three extra dates added that fully sold-out was insane. Even though I sold it out, I was like to myself “Nobody is gonna turn up, they’re gonna forget they brought tickets and I’m going to be singing alone”. It’s been so much fun. A crazy experience

Next year you’re playing at the Scala, that’s an iconic venue! Do you have any pre-show rituals?

JC- Yes! I’m really excited for Scala, it’s such a big step up for me! We do actually have pre-show rituals, Have you seen High School Musical?

JC- You know when they go “What Team” “WildCats”…we’ve been doing that but my drummer can’t seem to get it! So we’ll do that, then a bit of Paramore then drink some Whisky!

As a self-proclaimed ‘Professional sad boy’, how does one become a ‘professional Sad girl’? what are the requirements?

JC- it’s exactly the same as becoming a professional sad boy but you identify as a girl. I write sad songs but I’m generally a normal happy and upbeat person! You’re basically being a pretend emo

Is there one thing that you’d love to achieve in your career?

JC- My dream was to be apart of a number 1 album which happened this year with Lewis Capaldi. I’d love to play a headline show but a tense, high capacity one! I think the dream is to have my own number 1 album

What would be your theme song to your life?

JC- Oh my god… I actually know this! It’s the Indiana Jones soundtrack! I always wanted to be Indiana Jones and I’m the complete opposite! I’m scared of everything and I’m very clumsy

What are your plans after your wrap up the tour?

JC- I’ve got an EP coming out at the end of the year! Some shows with Masie Peters and next year is just a whole lot of music

‘Pick up Your Phone’ is out now