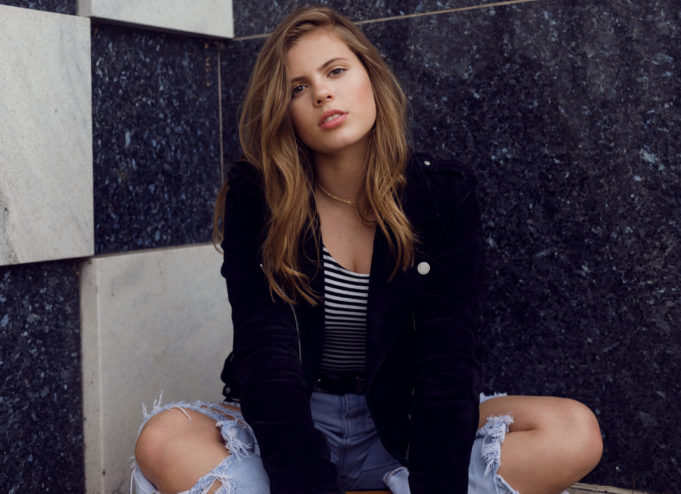 At only 15 years old, the Nashville-based pop artist has already performed at Wembley. I chatted to Keelie about her new single ‘Not You’.

Can you tell us about your new single ‘Not You’?

‘Not You’ is basically about having a pep talk. You can either take it as, you’re looking at yourself and saying it to yourself or, you can look at it as saying it to a boy, but it’s basically saying that no matter the pressure, you’ve got this.

Was there a personal situation which inspired the song?

I guess so yeah! I took it as myself rather than saying it to a boy. In this industry, it’s so weird how much of a confidence booster it can be, but at the same time a confidence killer, but you’ve just got to stay positive. For me personally, I’m very hard on myself because I like to push myself, so if I mess up part of the set I can get a little down, so I kind of wrote my own pep talk as a song based on that.

It was really fun, it took maybe 2 hours to write. We were all throwing out ideas and just wrote the song. We had a talk about what I wanted to write about, how I wanted to portray it and the idea just came together.

Ooo that’s hard… I would probably say Billie Eilish just because she has a really, really pretty, light voice, and her genre is a bit different. I feel like it would be really cool to mix our sounds together. My favourite song of hers is ‘Ocean Eyes’ or ‘Bad Guy’, but there’s so many to choose from.

Is there one track you’ve released that has become more important to you or that you see differently?

I would say that all of them are really important just because it’s my music, but ‘Not You’ is a little more important because it came from me you know, I helped write it, so it holds a special place in my heart.

What has been the biggest challenge you’ve faced?

I say the hardest challenge is that you have to keep pushing yourself and don’t give up, because it’s a journey. It’s not going to happen overnight you know, you’ve got to work hard towards it. So I think on tour the most challenging thing has been the routine since it’s so tiring! You have to get up, do radio interviews, then perform, then make sure you eat and get to bed. So yeah, I feel like you really have to be responsible for yourself.

Where has been your favourite place to perform?

Wembley because it was my first and the biggest.

What would be your top tip for starting in the industry?

I would say put yourself out there, don’t let anyone get in your way and just go for it.

After this tour, I’m going to be back in the studio recording more songs, and go back out on tour again later this year. I can’t say much more than that at the moment, but I’m very excited.