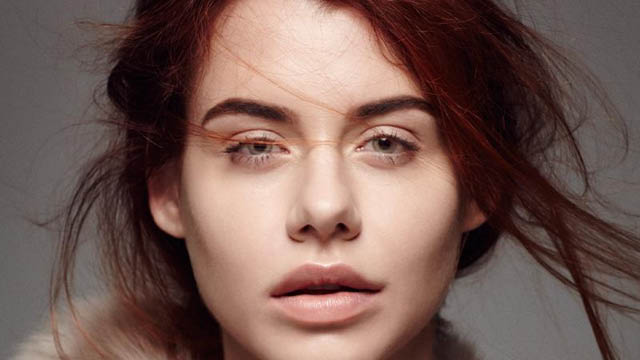 Born and raised in Ukraine, Lauta points to the rich musical heritage of her home country as a central catalyst for her passion for music. ‘Freefalling’ which is due for release on May 5th 2017, features drum n bass rhythms with EDM and pop hooks driven by Lauta’s captivating vocals.

The single was inspired by the singers relocation from Ukraine to Paris following the political turmoil in her homeland. The uproot forced Lauta to rebuild her life and continue to pursue her dream of becoming a solo artist. Lauta mentions:

My latest tracks are about rebirth – an exciting new phase which gives the feeling of being in free fall! Sometimes, it’s actually a crisis that makes you who you are. I learned to create everything from scratch, and I feel like I’m living in flight. It’s all a story, building, building, building… and I know that there are no boundaries.

We spoke to Lauta and this is what she said,

Tell me more about your new single?

My new single is about rebirth – an exciting, brand new phase in life that charges you with unbridled energy, and gives the feeling of being in free fall! With this track I wanted to create an atmosphere of full liberation.

What was you inspiration for your single?

I’m inspired by women who values freedom, and do not just want to be an accessory for a man; a woman who knows what she wants. She’s brave and strong-willed, but still remains tender and flexible. She loves fearlessly, and she’s not afraid to break the stereotypes imposed by society.

Sometimes, it’s actually a crisis that makes you the person you are now and you don’t want to lose this feeling! While I’m inspired or in a high emotional state I record interesting phrases which come to mind at this moment. I use my phone to write down any thoughts and ideas that come to mind on a day to day basis. Then I go back to listen it all in a calm state and take forward only the brightest concepts. Those will eventually become the finished product.

Where would you like to tour, where you haven’t been already?

I’ve always loved the Ibiza clubbing scene. So to play one of Ibiza’s iconic venues –  Space, Amnesia, Pacha or Ushuaia would be a dream.

What’s the best thing about being a solo artist?

The best thing for me is freedom. Freedom in the choice of musical direction, image, freedom to create and enjoy the process … freedom to share my real emotions and feelings with people.

Is there anything that you miss about being in a band?

I’m in a really good place right now and I have my mind focused on the future.

What can we expect from you in the future?

‘Freefalling’ will be available via all major media providers from 5th May 2017 and is the first release from forthcoming debut EP of the same name, due for release later this year. More information about Lauta and her release can be found on her facebook page.