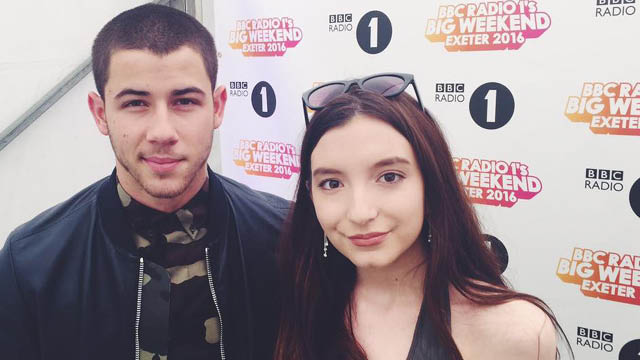 You have a new album coming out on the 10th of June; can you tell me more about it?

N- Yes, I’m really excited to be releasing a record, I feel like I’m just ready to go with it but it’s my most personal work yet! I’ve forced myself to get really vulnerable and write about things that are uncomfortable to talk about in the hopes that it really connects with the audience.

Your last album was well received; do you feel any pressure when releasing new music?

N- Yeah, I think it’s only natural to feel a little bit of pressure but you kind of have to put that behind you to try and make the best music you can and not let it effect the creative process.

If you could collaborate with any other artist who would you choose?

N- I would probably choose Kanye! That would be cool!

Do you have any preshow rituals?

N- I like to meditate before and get focused

N- a few yeah! I’ve a few over time but that’s only natural! Every performer has had moments they wish they could have back but I’ve tripped, I’ve forgotten the words to songs before, things like that!

N- I think the most important thing I’ve learnt is to chill out and to enjoy the ride and have fun because I get to experience some pretty incredible things.

N- it’s amazing to be recognised by your peers is always a great feeling and to receive this award is an honour.

N- It’s always different, In most cases it’s basically all coming from a concept from an idea that usually stems from an a real life experience I’ve had and then I just try and build the best song around it like lyrics and the melody.

As you’re opening Big Weekend, What other acts would you like to catch?

N- I’m not sure I’ll have enough time to watch any of the other artists which is kind of a bummer but Jess Glynne is always great and Mumford and Sons are awesome.

If you missed the performances, you can listen back via the Radio 1 website and watch big weekend’s highlights on Radio 1’s Youtube channel.