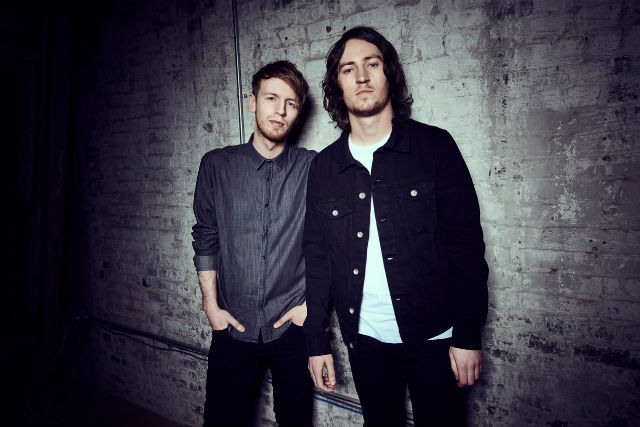 After waiting an hour for the band to show up (don’t worry lads, I forgive you), I sat down with Ryan and Jimmy from Picture This before their headline show at The SBE in London.

How did you first meet?
R- Well we actually grew up in the same town and we kinda knew each other but we had other social circles so we didn’t really hang out much. I had a song on my own personal page that Jimmy saw and he asked me out to a studio so that’s how we first really met!

What’s the story behind your band name?
J- The band name was actually made up by my brother! We thought ‘Picture This’ describes our music very well!

Who was your main influence whilst growing up?
R- for me, it was Oasis and then I got into The Stone Roses afterwards.

You opened for Niall Horan, What was that like?
J- that was great! We actually were reminiscing about it because it actually was at this same exact venue! It was amazing, it was the first time we met him as well. Niall is so nice, so normal! Such a lovely guy, we had great craic. It was very memorable!
R- Definitely! Loved it

Is there one place, you’d like to tour that you haven’t been already?
J- Germany or Europe in general!

What has been your most embarrassing moment on stage?
R- I think the only time was when the microphone cut out in Dublin.
J- I’ve actually never had any

What’s been the most important thing you’ve learnt as a band in the past year?
R- don’t listen to anybody, we were told that our music would never be heard on the radio and then it became the biggest song in Ireland
J- Follow your heart… I know it sounds cheesy but it’ true!

What advice would you give someone who would like a career like yours?
J- the career that we have and the career we’re in is based around people! It’s all based around relationships and friendships with people! It’s a very personable career and people think there is a set way of doing it but there isn’t. It’s a personal career; you have to be a nice person!
R- I think the main thing is that you shouldn’t try to make it! We never forced it! People, who focus on making it, always forget about the music!

What are your plans for the rest of the year?
J- we’re gonna be on tour until December and new music is planned for next year!