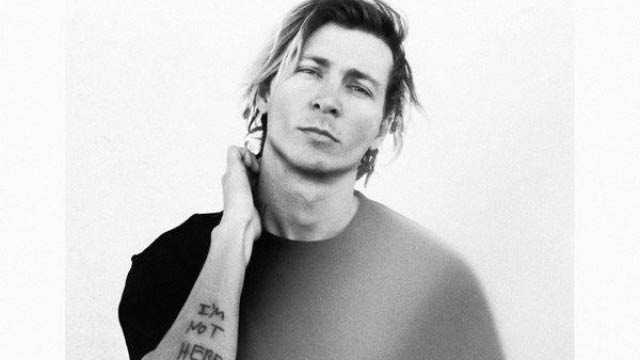 Roy English is a singer-songwriter taking the stage by storm. Roy will be touring with 5 Seconds of Summer.

Can you tell me about your new EP?

It’s a collection of songs written at different points and places in my life and then all put together and produced in Haiti.

It’s always different. A lot of times I start with a movie soundtrack idea, just orchestra and a kind of soundscape and then write lyrics from there. Sometimes it’s just on guitar or piano, or sometimes I’ll wake up in the middle of the night with a chorus idea and I’ll voice memo it and turn it into something later. It’s always different and it keeps it exciting to not have any formula to follow.

How did you get started in music?

I was around 13 when I started, first playing guitar and then trying to sing. I emphasize the word trying. I was so bad for so many years. To the point where, when I got to high school, the older kids made fun of me so much and made a blog site devoted to how bad I was as a singer. I would go home and read that and be so bummed until I was like; I’m going to learn how to do this, even if it kills me. So I started practicing singing eight hours every single day after school. I didn’t party or go out with friends. I just locked myself in my room and practiced for years and slowly got better and better every day I guess.

I had so many good role models around. My parents are amazing. My first musical mentor ever was this producer, Robert Palmer, who was really the first person to believe in me. Matt Wallace was another producer I worked with who really helped me a ton and influenced me early on. There’s been a ton throughout the years that have helped inspire me and shape the artist I am today. Teddy Riley was another who was so influential.

You’re set to tour with 5 Seconds of Summer in the US, What can fans expect?

It’s going to be amazing! The songs sound larger than life in a live setting because they are already so cinematic. It’s going to be fun. It’s really my first tour so I can’t wait to see how the crowds react to these songs.

I can’t tell you what I do before the show. I’d be giving away my secrets.

I’ve fallen off the stage a couple times. Once I fell backwards off a riser into the drum kit. That was pretty awesome.

I miss my family sometimes but I have everything I need when I’m on tour. I have my friends and a studio in the back of the bus. It’s really all I need.

What has been the toughest moment of your career so far?

Getting signed and dropped within a few months from Republic Records was rough. That messed me up for a minute, but it’s the best thing that could have ever happened to me in hindsight.

Don’t think too much. Let things go and trust that they will work out. You have to put in the work every day and make the best music you know how. But it’s never going to be perfect to a real artist. Always trust your guts.

Can the UK Expect a tour any time soon?