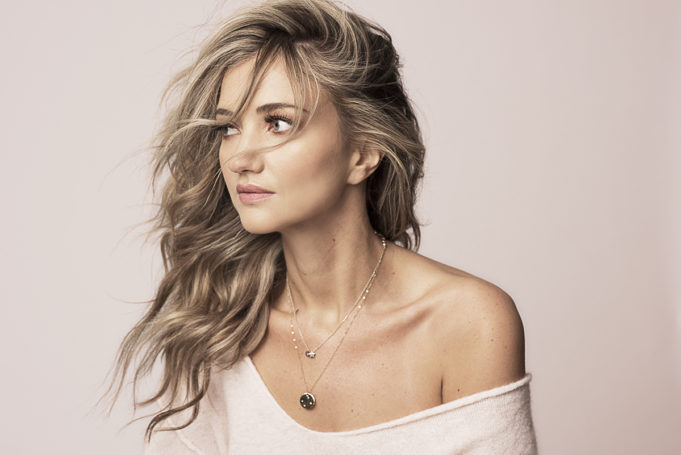 For those of you that haven’t heard of Sarah Darling where have you been? Sarah, A country artist from America performed on the Barclaycard Stage yesterday in front of hundreds of festival goers kicking off a great start to their day.

For those that haven’t heard of you, Can you tell us a bit about yourself?

S- I’m a country artist and I live in Nashville! I moved to Nashville fourteen years ago but I started coming over to the UK since my last project called ‘Dream Country’ really seemed to connect with UK fans and I’m starting to see country music really rise in the UK and I supported Ward Thomas on tour here two years ago which kind of opened up a whole world for me and I honestly can’t believe I’m actually here

Who inspired you to start singing?

S- I’ve been singing ever since I was little and I think music for me was something that came into the world and I loved doing it! It’s very therapeutic and I feel like I’m attached! I don’t know anything else but doing music! I think I was singing at three years old which is crazy to think about

S- I would describe my style of music as country meets the wide open spaces, it’s country but it’s got that element of transportive music, it’s very dreamy. The new music I’m working on is a little bit more elevated and there’s a little bit more rhythmic sounds happening as well. Can you tell me about your new single ‘Diamonds’?

S- Diamonds is really fun, I wrote it with a songwriter from England called Jessica Sherman. It’s really just written from the perspective that we’re all a ‘work in progress’  and we’re all on amazing journeys in our life. Sometimes you go through difficult seasons so it’s finding that silver lining! It’s the idea that time and pressure gives you diamonds and that you might not be there exactly but you’re on your way.

Do you feel that as a Country Music artist that it’s been harder to break out in the UK?

S-  I feel like the UK is more open to all genres of music and the excitement I see with country here is that country is not specific, country is mixed with pop or Rnb or Blues! I’m seeing there’s not really a line for country music here and it’s wide open! That’s exciting for me because I don’t do a specific country, I’m very experimental with what I do but I’m still very much a country artist

S- I would love to collaborate with Chris Martin from Coldplay and definitely Sam Palladio and I know this is crazy but James Taylor would be amazing, I love his singer-songwriter vibe

S- Oh My God! One time I started singing a song very confidently in the wrong key and the band was looking at me like I hope she doesn’t continue because once the band kicked in, it was honestly a train-wreck but we all started laughing, it was hilarious!

What’s the best advice you have ever been given?

S- Following your own lane and your own path! The greatest advice is not being a yes person all the time, fighting for what you want and for who you are and I think that’s good to know and to not be afraid to stand up those passions and dreams you have for yourself

S- Oooh! Well British Summer Time is definitely a highlight for me but also doing a headline UK tour was insane and just the outpouring of love I receive makes my experience incredible! But I would also say a highlight would be playing the Grand Ole Opry back in Nashville and that’s amazing every time I get to play!

Is there one place you would like to tour where you haven’t been already?

S- I would love to play in France but also Japan would be insane! I have this huge desire to play and tour in Japan

S- I working on a new record, I’m writing a lot and collaborating with songwriters here in London and the idea is to record a record and put that out next year! I’ll definitely be releasing a single this fall.