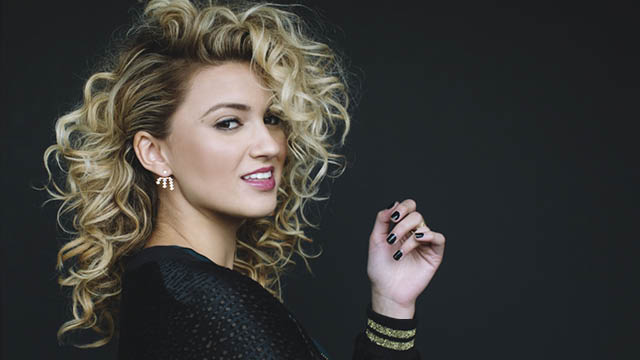 I sat down with Tori Kelly at the Langham Hotel in London before her show at the O2 Brixton Academy. For those that don’t know who Tori is, she’s a relatively new artist who is taking the world by storm.

Tori Kelly recently performed at the Grammys with James Bay and is ready for what this year has to come.

Your album ‘Unbreakable Smile’ was well received; do you feel any pressure when releasing new music?

Yeah always, I mean it’s kind of a vulnerable and scary thing I think to release, especially if it’s something that is really personal and kind of straight from the heart. I think no matter what it’s about, it’s definitely scary but I think that it’s very fulfilling afterwards once you’ve done it.

Speaking of new music, do you have anything planned for release this year?

I don’t know when it will be released, but I’m definitely going to be writing a lot this year. So no date yet, to be continued.

There’s been a lot, as kid I grew up listening to gospel music and there is a singer named Crystal Lewis and then a lot of soul like Joel Scott and Maxwell, even funk actually, there’s a band from London called Brand New Heavies. Those are just a few.

There are a lot of solo artists around at the moment, what makes you stand out?

I think the fact that I am not necessary trying to put on a gimmick or anything in order to stand out. I think the simple fact that it’s not really what I’m about. I’m just kind of like, who I am and I’m very honest and I like raw music, so I think that in itself will stand out, no matter who it’s coming from. I think people can really connect with it.

You’ve had an incredible year so far and we are still only in February. What was it like performing at the Grammys with James Bay?

It was amazing! I’m a huge fan of him so when I found out that they were going to pair us together I was so stoked, everything fell together so nicely, there was no stress. It felt like a really cool moment. It was awesome to share the experience with someone who just gets it.

What is your greatest achievement?

That’s so hard, I think even with all the amazing things that I’ve done this year, looking back on the last year, it was the craziest year of my life. What sticks out is still being able to say that I’ve put out a body of work, my album is very special to me so I think it’s going to feel like that every album I put out and it’s just such a cool opportunity and not every artist even gets that chance to put together an album, that’s a big deal.

What’s the most important thing you’ve learnt as an artist?

I’ve learnt that you’ve got to be confident in who you are because there are so many different opinions around you. It definitely takes a team and an army to make things happen in the industry so you’ve got to have some sort of backbone as it’s so easy to go down a path and do what everyone else wants. That’s the most important thing right now that I can think of. I’m sure there will be many life lessons but that was kind of the most recent.

Your performing in London at the moment, do you have a ritual before you go on stage?

I do vocal warm-ups of course, I also Skype my vocal coach so that’s always like a must. Me and my band usually get together and pray before the show and be weird backstage and get all hyped. I don’t have a specific ritual; we start yelling the city we are in. The rituals will start to form once we do more and more shows and tours. We have a lot of fun though.

I’m not even saying this, I really like London! I love coming out to the UK, London fans were just so quick, I had never even been here yet and I sold out my first show at Bush Hall and that to me was mind blowing as it was all just from the internet. I feel like every time I come out here they just know what’s up straight away. Where would you like to take this tour that you haven’t been already?

I haven’t been to a lot of places, I still have to tour Australia that would be amazing! Asia too! There are so many parts of the world that I haven’t seen yet.

I’ve almost tripped a couple of times but it wasn’t that really embarrassing, it was kind of funny. I’m trying to think, it actually takes a lot for me to be embarrassed. I think laughing it off and blocking it out of my mind is something that could have been embarrassing but I’m choosing for it not to be.

Is there any artist that you would like to collaborate with?

Yes, Jack Garratt, I love him! Justin Timberlake would be great!

Do you have any plans for the rest of the year?

After the US Tour which is in April, there is going to be a lot of writing and I’m going to start working on album two and focus on that.

And if you are a real fan of Tori Kelly then hit the share buttons below or above and spread the love.

Samm Henshaw who wowed the crowd, with his band, showcasing his talent, supported Tori Kelly. Fans went mental when Samm Henshaw started singing, proving that he is actually artist material.

Tori Kelly wowed fans at the O2 Brixton Academy last week showing us all what she’s really about. I was unsure whether I would enjoy her performance as I don’t normally listen to her genre of music however I’m shocked at how good her music is, the style and her voice.

Tori is amazingly talented and definitely showed that within her performance. If you haven’t had a chance to see Tori live this year, I recommend you definitely go see her when she’s next in the UK because you won’t regret it! As Tori left the stage, the academy filled with chants by fans desperately wanting her to come back to stage to perform two more songs.

My favourite song that Tori performed was ‘Falling Slow’, it was just amazing that I literally have no words to describe how good it was and you could tell the fans thought it too. Tori has currently finished her UK tour but is heading back to the states for her tour in April.

You can catch Tori on her US Tour