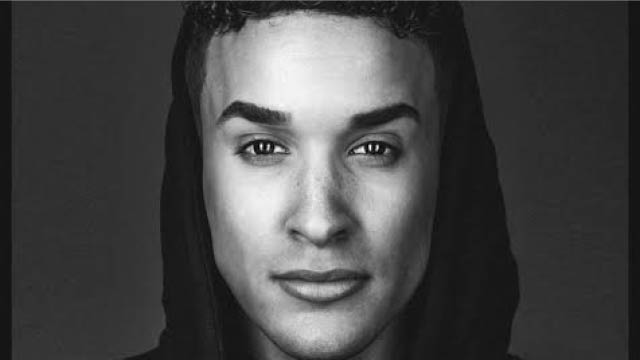 Jahmene Douglas is back into the spotlight with his brand new single ‘Down for Love’ which is out now! I had the opportunity to sit down with Jahmene at London’s very own Hard Rock Café to talk about his new single and charity work.

Kind of a throw back, I referenced Mary j Blige for this song so it’s very hip- hop, urban and R&B.

What did you find was the driving influence behind the songs of your album?

I think because my first time was a cover album this album is a lot more what the first album would have been if I had creative input, my whole life up to this point and all my energy, all my experiences into song. My life experiences up until this point for me, you know I haven’t been able to express it through my songs because the first time was a cover album, I didn’t get to sing the way I wanted to or write anything so now I can write things, so things like my mums book which has come out now that whole story, I can express it through my music.

Were there any crazy or memorable experiences while recording?

There was quite a few, when you work with creative song writers they are crazy, Diane warren was crazy, Andrew martin crazy, nothing would prepare you for their energy, with Diane Warren she had studios full of crazy madness things, she had action men with actual body parts and things hanging on the wall, she had signatures of all the people that had sung there, she took me shopping to the supermarket to buy me food, it was a crazy time.

Some people take ages to write a song or to write an album, why others take hours, what is your process like when you write your music?

What advice would you give to someone who wants to have a career like yours?

What was it like performing at the Mobo awards?

Although it was a while ago, a lot of people don’t know but the whole sound desk shut down before I went on, so when I went up I was panicking as the sound wasn’t working in my ear, I couldn’t hear myself in my microphone but when I was on stage everything went back to normal but it was a nice experience, it was a fantastic platform.

Who is your biggest musical influence?

I would say Whitney Houston; she for me was just the ultimate vocalist. Who is your favourite music artist that you have worked with or that you would like to work with?

Oh that is hard, I would say Stevie Wonder, I didn’t get to meet him but I had him on a song on my first album and I had Nicole on my first album, I got to be in the studio why she was recording and that was inspiring to see.

You do a lot of charity work with Woman’s Aid; can you tell us more about that?

I’m the youth ambassador so my responsibility, my mission is to help youth understand what a healthy relationship is, so they don’t fall into things like domestic violence, so its very much based around that, its harder than it seems, the aim is to teach healthy relationships alongside sex education, so they are not just given free condoms.

What has been your most embarrassing moment?

Do you keep in touch with anyone from your X Factor days?

I keep in touch with Nicole, James and Rylan who just got married but a lot of them are very busy as when your doing music it consumes every moment you have and if you doing nothing one day your bee exhausted and you just don’t want to talk to anyone.

If you could tour anywhere in the world, where would it be?

I would love to tour America and of course the UK first and foremost because America already have my type of music, you know you have Soul and Gospel, I toured with X Factor here but not with my own stuff so it be nice to tour England to see what they think

Can we expect a Tour soon?

Jahmene what keeps you grounded?

What keeps me grounded is what my mother has instilled in me, my lifestyle what I had before the show was quite intense, I think its hard to stray away from life lessons when they are really hard-core, when you’ve learnt them at the pit of darkness, when you have learnt it that way it doesn’t leave you so I think remaining humble making sure everything you look at is in a positive spin everyone that walks into your life is an additional blessing, everyone that walks into you life can teach you something and I think just knowing that and not being negative about things helps.

What have you got planned for the rest of the year?

I just need to wrap up the album and I need to record my video for the next single, that’s pretty much it.