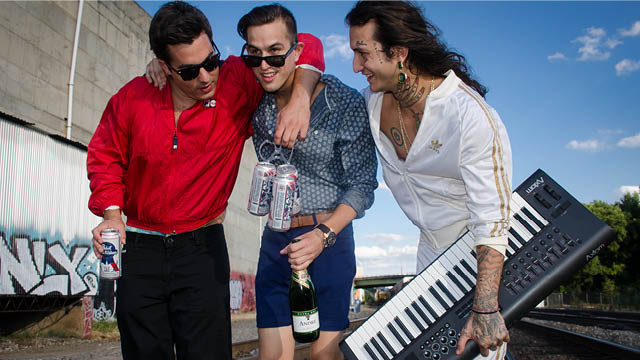 ATL, Georgia has done it again! Another hot act is emerging out of the city, and why should we be watching them…??? Because we said so! Meet The Kooly Bros.

Who Are You?
Producer and vocalist, G Fresh. Rappers, Wes The Mess and Sanders. G Fresh and Saunders are brothers who migrated to the States nee Switzerland and settled in a suburb of Georgia where they met Wes The Mess.

Kooly is a lifestyle and is the groups’ general attitude towards life. Kooly means to follow your dreams, live a positive lifestyle, have fun, approach life like it’s a party, leave your stamp on the world, all while having a fun and kool time. Worldwide. It embodies Pop/EDM/Funk/Hip Hop so has a universal appeal. Everything is all in house. They write their own music and make their own beats. They play live instruments and make everything Kooly.

Who has Kooly worked with?

Via G Fresh, production credits include placements with multi-platinum artists; Gucci Mane, 2 Chainz, Future, B.O.B., and Travis Porter. As a group, collaborations have included Young Thug, London On Da Track and The Migos.

What The Takeaway Will Be From a Kooly Bros. Show?

Energy, Excitement, originality and creative song choices. An energized sensation of just feeling good and happy. A crazy high without taking drugs, and like you got your money’s worth.

The Kool Bros musical message is?

Be Kool. Live life like a party. Inclusion and being a part of the Kooly movement.