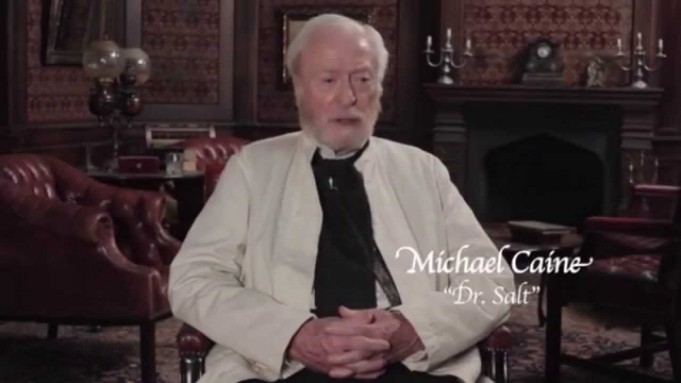 We’ve been lucky enough to get our hands on an exclusive clip, starring the legendary Michael Caine, from Stonehearst Asylum ahead of its release onto DVD and Blu Ray to share with our readers.

When Edward (Sturgess), a young doctor fresh out of college, arrives at Stonehearst Asylum in search of an apprentice position, he is warmly welcomed by the superintendent, Dr Lamb (Kingsley) and his “staff”, including Finn (Thewlis) and a mesmerising woman by the name of Eliza Graves (Beckinsale). Edward is intrigued by Lamb’s modern methods until a series of unusual events lead him to make a horrifying discovery, exposing Lamb’s utopia and proving that no-one is who or what they appear to be.

Stonehearst Asylum is out on DVD and Blu Ray from the 22nd of June.