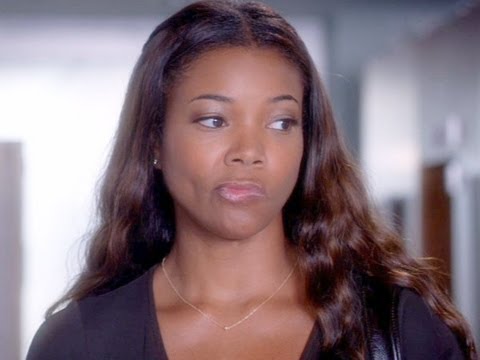 Based on Steve Harvey’s best-selling book, Think Like a Man follows four interconnected and diverse men whose love lives are shaken up after the ladies they are pursuing buy Harvey’s book and start taking his advice to heart. When the four guys realise that Harvey’s relationship advice has thrown them under the bus by giving away their secrets, they decide to flip the script and teach the women a lesson of their own. Check out our interview with the cast!

I want to find out from each of you, what are your thoughts on the book that inspired the movie.

Jerry Ferrara: I think, I mean, obviously, the book was insanely successful. I think, you know, the book was insanely successful. I think it was a good kind of common sense thing that kind of say, which is sometimes women just need to hear it like that. And I think it’s revealing, ’cause yeah, it’s about men and what we do. But also, it kind of uncovers a little bit of why do women react this when we do this. I think there was something there.

Regina Hall: Well, I mean, I like the book. I have brothers, though. I’m the only girl, three brothers, you know. Some of the stuff you know, doesn’t mean you do it. I mean, listen, there’s stuff I knew I shouldn’t do and did it anyway.

Why are there so many differences between men and women? Why does this always exist? ‘Cause there have been other books before. You have this book, there’s talk shows. There’s advice columns, so why does this still exist?

Terrance Jenkins: Uh, you know, in my mind, it’s what makes us dope. I mean, if, you know, a woman is dope because she is a woman, not because she’s thinking just like me in my opinion. I prefer for her to think like her, you know. She should have insight into how I behave and things of that nature. But I don’t need her to think like me.

Give me the worst dating advice you ever received?

Gabrielle Union: You should just stay. You should stay, it’ll get better. No, it won’t. If this was milk, it’d be curdled and blue cheese. It’s way past the expiration date, throw it out.

Regina Hall:You know, I think maybe you know, when your friends are like, well maybe he wasn’t lying, he could have been in China last night. They have early flights.

Romany Malco: My dad straight up told me, Junior, cheat first, because they’re going to do it.

Kevin Hart: I never really received dating advice. I was kind of a learn on your own. I mean, my brother tried to explain what sex was to me, but I was like seven. And he did it with a cup. Like he had a cup and just, it was weird. I didn’t drink out of a cup for a long time. For a long time I thought drinking out of a cup was sex, because of what my brother showed me. That’s about it for me. I have nothing else.

Give me the craziest pick up line you ever heard one of your boys drop on someone, or  that you’ve received girls?

Jerry Ferrara: One of my boys dropped one that you’d think was good and it actually worked, but it’s actually really stupid. But he asked a girl for a number, and only give me seven digits, I’ll figure out the eighth. And it’s like yeah, there’s only eight options, it’s not that difficult to figure out the last one. But she took it like wow, if you can figure it out, then we should talk. You’ve got to make eight calls, basically, and then you’ll eventually get the number.

Gabrielle Union: Brandy, I love you. (Laughs) Would have been great if I was Brandy.

Wow and they came with it strong, didn’t they?

Megan Good: A guy once told me, you dropped something. And I was like, what? And he said, the conversation, let’s pick it up right here.

Kevin Hart: I heard Mike tell a girl one time, he was like, he looked at her, and he said yes, these are my real eyes. Literally, she was like, oh my god. And the next thing I know he was kissing her. It was crazy. That night was crazy.

Michael Ealy: That was a wild night.

So you’re verifying that was a true story…

Michael Ealy: Of course I’m not.

Check out this exclusive clip from the film


What’s one of your all-time favorite black romantic movies and why?

Gabrielle Union: Is it because we were both in it?

Regina Hall: A little. No, you know, I like play for your heart, I love that whole thing, you know. And I don’t want to repeat, but yeah, Love and Basketball, Love Jones and The Best Man. I mean, you know.

Kevin Hart: Boomerang? That’s, dammit. I should have said that.

Why Love Jones, Why Boomerang?

Kevin Hart: Love Jones was cool, and as a young guy, it made you want to fall in love. Like me being young, watching the movie, it made me like, dang man, I can’t wait till I fall in love and want a woman as bad as he wanted this woman, just the chase between Lorenz Tate and Nia Long in that movie, and the way that things came in between them, and you know, how one got stubborn and the other moved on and this one moved on. But at the end, it was about getting what they thought they both wanted. Like I felt like LOVE JONES back in the day for me, made me realize what love was. BOOMERANG touched on a lot too, though.

Terrance Jenkins: Love and Basketball  for me, the music on that, when they play that Maxwell (Noises). Like that just made me fall in love.

So what, Shaft? Car Wash?

Romany Malco: A lot of people are going to say. A lot of people are going to think I’m tripping, but like, for me, one of my favorite love stories was in a black movie was called City Of God. And I know that it didn’t seem like it was based on a love story, but when the love story, it was probably one of the most gripping parts of that entire movie for me…I think it’s counter intuitive myself. I think we’re supposed to move on. I mean, we’re just nomadic beings ultimately. But what I will say is the best black love story, Think Like A Man!

Think Like A Man is out in UK cinemas on June 22.