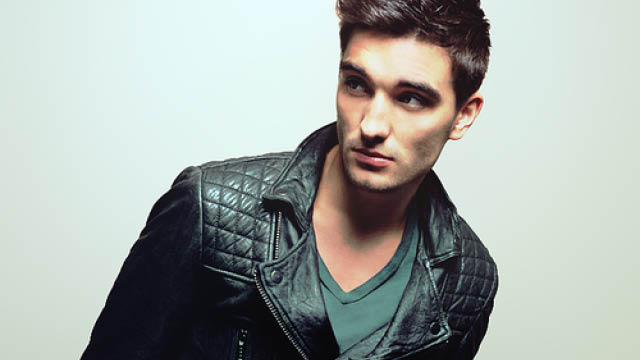 Tom Parker who you may know from a band called ‘The Wanted’ is now starting a solo career of his own. Tom’s solo career is completely different to what he done within a boyband, he’s not singing but he’s DJing? Yes DJing! Tom is taking his career in a totally new direction.

Can you tell me about your new solo project?

I’ve gone in a bit of a different direction, I think naturally when you come out of a band you want to go down the singing solo route but for me I’ve always been interested in dance music. When I was a youngster before I got in the band I use to DJ a lot on Vinyl’s, drum and base and stuff and even when I was going through Uni and stuff I use to go to raves, yeah I just loved that scene and then obviously when I got into the band I kind of fell into pop music, I use to say I’m in a boy band now this is kind of cool, so yeah I think it was nice to step back and go what do I want to do, do I want to be a singer, do I want to be a pop singer or do I want to do something a little bit different and I literally just buried myself away in the studio for the last year and just started producing music, engineering music so yeah this is where I’ve got to.

Your doing a few sets this month, what can fans expect?

Yeah I’m doing a Uni gig. Uni gigs are really good I remember living at University I use to just go to the unions all the time which was amazing so its nice to go back and get into that environment and show people what I am trying to achieve as a solo artist, my set is quite a hard set to be honest with you, even though I do keep it fairly commercial so people can sing along and have a good time but there is some hard stuff in there, hard dance music, so people can expect high energy from the set.

I would love to play V Festival, I played there in the band, we played in a tent there and we packed it out, it was one of the best gigs I ever did, so yeah that’s one of the gigs I would like to do next year if its possible.

What made you want to get into this type of music instead of what you use to do?

I always had an interest in dance music, as dance music was always my first love, pop music really wasn’t really something I was into growing up, I was into rock music, Indie Music, dance music so I really liked a collective mix, so naturally when I came out of it I was like I really want to go back to something that I really enjoyed as a youngster.

The Wanted will always be apart of you; do you miss those days?

Yes I do, I really do, I miss being with the boys to be honest with you, I miss being around other people, when your on tour you have a really good bunch of mates around you, the boys will be my best mates for the rest of my life, so I do miss that but what I don’t miss is the workload aspect of being in a band especially in a pop band because you have to do so much promo, touring and it is amazing but I think when you’re a solo artist you have a little bit more freedom in what you want to do especially outside of that pop world, it’s a little bit more free, its not so intense.

Who inspired you to first to get into music?

It was my brother, my brother is 32 so when he was 16 he started to play the guitar, so I was 11 at the time I use to sneak into his bedroom and pick up the guitar, I use to stand in front of the mirror even though I couldn’t play and say “Yeah I’m a Rock star” and then in the space of 4 years to the age of 15 I started to teach myself how to play and then when I got to 16 I said I’m really into this so I sat myself down and taught myself how to play over the next couple of years.

The other day I saw Lion Babe, it’s a keyboard player and a girl and she is amazing she has a wicked voice, she’s really Upcoming they have amazing stage presence, she supported disclosure so yeah maybe her?

How is your family responding to your newfound success?

Especially for my mum and dad its been nice for them to have me back a little bit as when your in a band you travel non-stop, I was travelling for over 4 years so I only got to see them twice a year if I was lucky, I’ve actually seen my mum three times over the past 4 weeks which has been really nice and its nice for them to have a bit of me back and I miss family time but now I have had that year and half of having a bit of normality I ‘m ready to attack it again and go out and prove a point and make people sit up and listen to what I am trying to do.

What advice would you give to someone, who wants a career like yours?

You have to start with basics, you have to start from the bottom and work your way through, for me obviously I was lucky because we had the success with the band but even now for me I know I’ve got to go back to the bottom to work my way through, one for the creditably factor and for myself as well, I want to be at the bottom and I want to work my way through so then people go you know what he didn’t just have it easy, he didn’t just transition from being worldwide famous in a band and now he’s just a worldwide famous DJ, I want to go back and go this is what I’m doing and this is what I want to achieve.

What are your plans for Christmas?

I wanted to go away, we wanted to go to Egypt but I think we might just do a break somewhere in the UK and see family, a nice easy Christmas nothing to hectic.