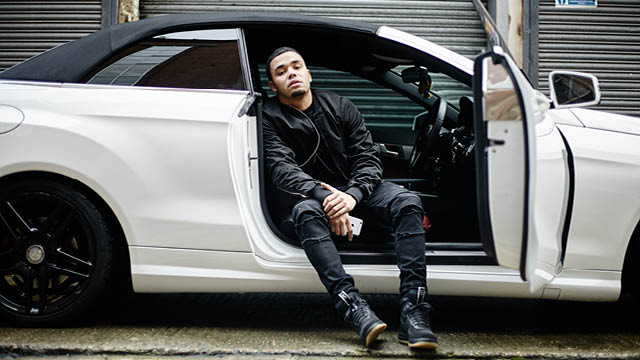 Hailing from the Play Dirty camp which is also home to UK rap duo Krept & Konan, Yungen is the handsome solo artists most girls would dream to date.

Our teen music and news editor Sophie Bird had a chance to ask Yungen the questions you all want to know and this was his replies.

How did you first get involved in music?

I first got into music rapping with my older cousin, he was in a little collective they called ‘Chat Mode’. I wanted to be like them.

Who inspired you growing up?

Growing up I use to look up to the likes of Wretch 32, So Solid, Giggs and Kano.

Do you have any new music coming out?

I have just finished a project I plan on releasing in the next month or so. So look out for that.

My greatest achievement would be signing my first major record deal to Sony RCA. Who would you like to collaborate with and why?

I would love to collaborate with Adele. I love the emotion she brings to songs, I think we could make a very deep track.

What can fans expect at your show at the Village Underground?

My fans can expect a lot of new music, old music, energy and amazing guests at my show at the village underground..

How would you describe yourself as an artist?

I would describe myself as a very outspoken artist. I like to talk about real life situations I’ve seen or been through.

Can we expect a tour this year?

Right now we are focusing on the big show in April but a tour is very much in the plans.

What advice would you give to someone that wants a career like yours?

I advise anyone to follow this career path to stay focus on what their journey is. Don’t let people stray your dream or vision.

Your very handsome and so cool, you must get a lot of attention from the ladies. How do you handle this?

Lol, well I don’t get that much attention from ladies. It’s good to know females find you attractive but I like to think I remain humble with it.

What’s the funniest thing a fan has said or done to you?

The funniest thing a fan has done is probably climb over backstage at wireless at few years ago and risked getting arrested just to tell me he loved my music lol. Tell us 3 things you really want to buy with your next pay cheque?

Quick fire questions, choose one or the other…

Dinner and drinks or Netflix and chill?

Tall and slim or short and curvy?