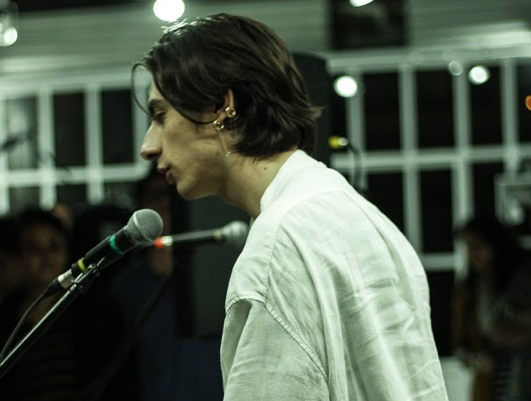 Damaso Lear brings us an experimental album, Arrival which was released in July last year. His collection of tracks are an ode to electronic music with an edgy twist that sets them apart from other genres of music.

Damaso is a completely DIY artist by trying his hand at writing, recording, producing and mastering for this first project. He wanted his music to sound authentic and personal, giving him something that he can be proud of.

He manages to speak about what lies deep in the subconscious of his mind by using more than just lyrics but cleverly constructed synthetic beats.

Arrival is here to show what Damaso Lear is all about, at only 21 years old his first album is a perfect demonstration of his complex musical ability that he has nurtured since his youth.

Describing his musical influences as Gorillaz, Iggy Pop and Klaus Nomi, give Arrival a listen to expect a refreshing twist on what is currently circulating the electronic music scene.