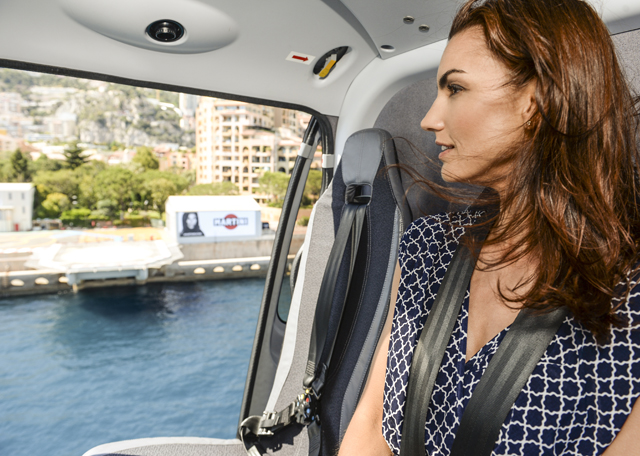 In an act of nostalgia, iconic Italian brand MARTINI, is celebrating its return to the Monaco Grand Prix by bringing back a famous trackside billboard that had to be taken down during the 2009 race because the model’s beauty reportedly drove drivers to distraction.

The ad, featuring model Jessiqa Pace as a female race-car driver, became a part of racing history when it caused mayhem during qualifying in 2009. It was reported at the time that British race ace Lewis Hamilton spun out just metres from the board, which was located close to the tricky Loews hairpin of the classic street circuit.

“Every time you passed into that corner you had this woman looking at you. It was just a picture, but it was impossible not to look.”

Media articles at the time sported headlines such as ‘Poster puts F1 drivers in a spin’ and ‘MARTINI girl messes up F1 racers in Monaco’, but one driver that managed to keep his cool was 2009 Grand Prix winner Jenson Button. The Brit, who is making a one-race return to Monaco this weekend, was reported saying, “Every time you passed her, it was as though she was looking right at you.”

Caroline Hipperson, Global Brand VP for MARTINI commented, “This year marks MARTINI’s return to Monaco since the historic incident.  Although our advertising has moved on quite a bit since then, bringing the original art work back is a nod to our relationship with the sport while reminding fans of the fun, glamour and pure joy of racing.  Of course a few more women race drivers wouldn’t hurt either.” This weekend all images of model Jessiqa Pace will be kept safely out of the eye-line of F1 drivers.  Instead MARTINI will delight race fans flying in via helicopter, as her face graces the busiest heliport in Monaco. The MARTINI brand’s longstanding relationship with motorsport and rich history of both sponsorship and participation began in 1968 with the creation of MARTINI Racing™. This bold and ambitious move resulted in MARTINI becoming one of the first-ever, non-motorsport entrants to sponsor a racing team.