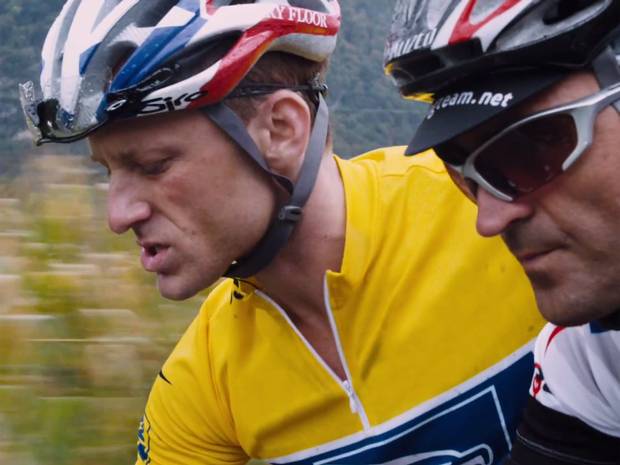 Being a professional athlete carries an enormous responsibility; like it or not, you are a role model for young people everywhere who are inspired to take part in sport.

For some, either the pressure is too much or their desire to be the best takes its toll, but the reputation can be ruined in a single moment.  In light of the upcoming thriller The Program, releasing in UK cinemas on 16th October, we take a look at the most famous fallen idols in sport. The first African-American athlete to ever be drafted first overall, Michael spent 5 years in the spotlight as a role model for young children eager to break in to the world of American Football.  However in 2007 it was uncovered that Vick had been running an illegal dogfighting ring on his own property, and even murdering dogs that could not compete.  He served 21 months in prison for this crime, and has since returned to American Football, but his reputation will never be the same. Known by many as the face of professional golf, Tiger Woods received an enormous amount of success for decades, spanning from endorsement deals to headlining the successful PGA Tour video games.  His downfall was not related to his profession, however.  Woods was eventually revealed to have been having numerous infidelities, causing a media scandal that ended many of his lucrative endorsement deals and stopped him from ever being a successful figure in the public eye again. The acclaimed Olympic figure skater saw her reputation shattered in 1994 when she conspired with her bodyguard to attack fellow competitor Nancy Kerrigan, so that she could not compete against Tonya that year.  She plead guilty and received 500 hours of community service. The American football player saw his fame reach incredible heights in the 1980s and early 90s, but all of that would come to an end in 1994 when he was charged with the murders of his wife & her friend.  He was eventually acquitted of all charges, but his career never recovered and was never idolized in the mainstream public eye again. The double-amputee sprint runner became a Paralympic champion in 2012, and showed children everywhere that anyone can pursue their dreams without letting anything hold you back.  In a shocking turn of events, however, Pistorius was charged in 2014 with the murder of his girlfriend, Reeva Steenkamp.  He is currently serving a five-year sentence and has appealed for early release. Perhaps the most notorious fallen idol in sport, Lance Armstrong is a classic example of how a single lie can be all it takes to destroy a career.  Armstrong was under constant accusations of doping whilst competing in cycling events, something he dismissed every time, all the while reaping the sponsorship benefits of being a cycling champion.  In order to cover up such a large lie he created a sophisticated doping ‘program’ amongst his teammates, where a mutual agreement was made to support each other in keeping their doping from reaching the press.  Lance even sued The Sunday Times for publishing allegations against him, which he won and received a large payment for.  Once the evidence mounted he came clean in a 2013 interview with Oprah, and the rest is history.