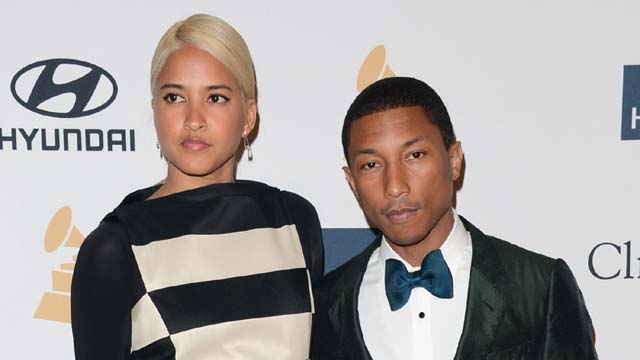 Fans were left grieving as music producer and rapper Pharrell Williams married his long-term girlfriend Helen Lasichanh in a private ceremony this weekend.

The couple, who are known for keeping their relationship well out of the public eye managed to keep the big day a secret.

It is said the couple tied the knot in a lovely tartan themed ceremony in Florida on a boat with well known long term friends and fellow musicians Usher and Busta Rhymes also in attendance at the wedding to show their support.

However—as expected many of Pharrell’s fans were left stunned at the news of the wedding with one fan @amazingdanielle tweeting: ‘My life is over.’

Another fan @kiasworld101 accompanied by a sad faced emotion tweeted: ’Pharrell Williams is a married man.’

Though some fans were not too happy at the couple’s new wedding bliss, others were in good spirits wishing the Williams’ well on their newfound union, with Vibe Magazine tweeting: ‘Congrats to @Pharrell Williams! He exchanged vows with his love Helen on a boat this weekend.’

Williams is currently embroiled in a lawsuit with Will.i.am after he was sued by the Black Eyed Peas front man over a trade mark claim. Williams did not let his current ongoing legal woes with the fellow music producer dampen his big day with Williams labelling the lawsuit as ‘baseless.’