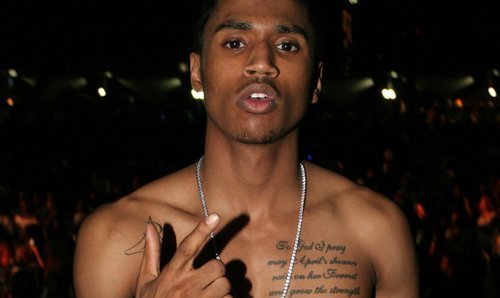 Trey Songz has once again been caught in the middle of a full-on brawl for simply removing his shirt and chucking it into a crowd full of girls.

The NY Daily News reports, “When Songz tossed his sweaty Versace “SoHo” T-shirt into the crowd, at least half a dozen female fans wrestled over it for at least 20 minutes.”

The tug-of-war action continued even after the show ended. According to a source, “One woman asked security staff if they had scissors so the shirt could be evenly divided.”

This is not the first time the ‘Simply Amazing’ singer has been caught up in the middle of some girl-on-girl action. In 2011, a group of female fans attempted to approach the songster which led to an altercation and drink being thrown around.