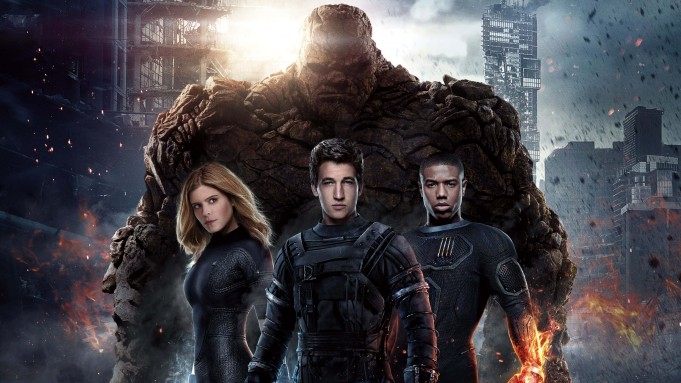 For months, the anticipation has been building around the new Fantastic Four film, from the controversy of mixing up the characters with a change in race by casting Michael B. Jordan as Johnny Storm to the rumoured reshoots.

It certainly hasn’t been plain sailing in the making of this film and we have to say the anticipation is completely wasted. By starting the film with Reed (Milles Teller) and Ben (Jamie Bell) building an unlikely budding friendship while still young children was a nice little touch. Instantly it gives a feel of how the film is going to proceed.  Fast forward to seven years later the boys are grown up and Reed’s invention is spotted at a science fair by Dr. Franklin Storm (Reg E. Cathey) and instantly recruits him for their team to build the teleportation machine which is supposed to be the answer to all of Earth’s problems. This just goes on and on and on and on. Whilst getting to know the back story of one of the most famous stories and the original Marvel superhero ensemble is very much welcome this actually lasts for the whole film. Drawing it out into one hell of a slow burn you would think it was produced in a slow cooker. In fact, we are subjected to the character build up for pretty much the first hour.

Back in the Baxter lab we are introduced to Victor Von Doom (Toby Kebbell), a bitter scientist who first had the idea of the teleporter, Sue Storm (Kate Mara), the adopted daughter of Dr. Franklin Storm who seems to be a bit of a tech wizard and Johnny Storm (Michael B. Jordon) who’s good at building things. This completes the team. Whilst celebrating their triumph in completing the teleporter they refuse to let some government plebs be the first to travel to the alternate dimension and decide to take the first mission themselves leading to disaster which see’s them take on their new powers.

From this moment on it’s clear to see that although this young and upcoming cast are good at their craft they are clearly not the right fit for their characters. There is absolutely no chemistry between any of them and every scene just feels really awkward. They did the best with the poor script that was written for them but hey they aren’t miracle workers. At this point I would like to tell you more about the film but all that is left is an extremely short – short as in it only felt like it lasted 10 minutes right at the end of the film – action/fighting scene between our “Fantastic Four” and Victor aka Dr. Doom who was left behind and believed dead when they commenced on their mission who now wants to destroy the Earth in order to build his own world in this new dimension.

Fantastic Four isn’t completely awful; you’ll feel like you want to give them a pat on the back for a good try just like a teacher would for a student who has tried their hardest. A lazy script, a totally mismatched cast and a long drawn out focus on the origins of the characters just makes this an underwhelming disappointment.

Fantastic Four is out in UK Cinemas 6th August.