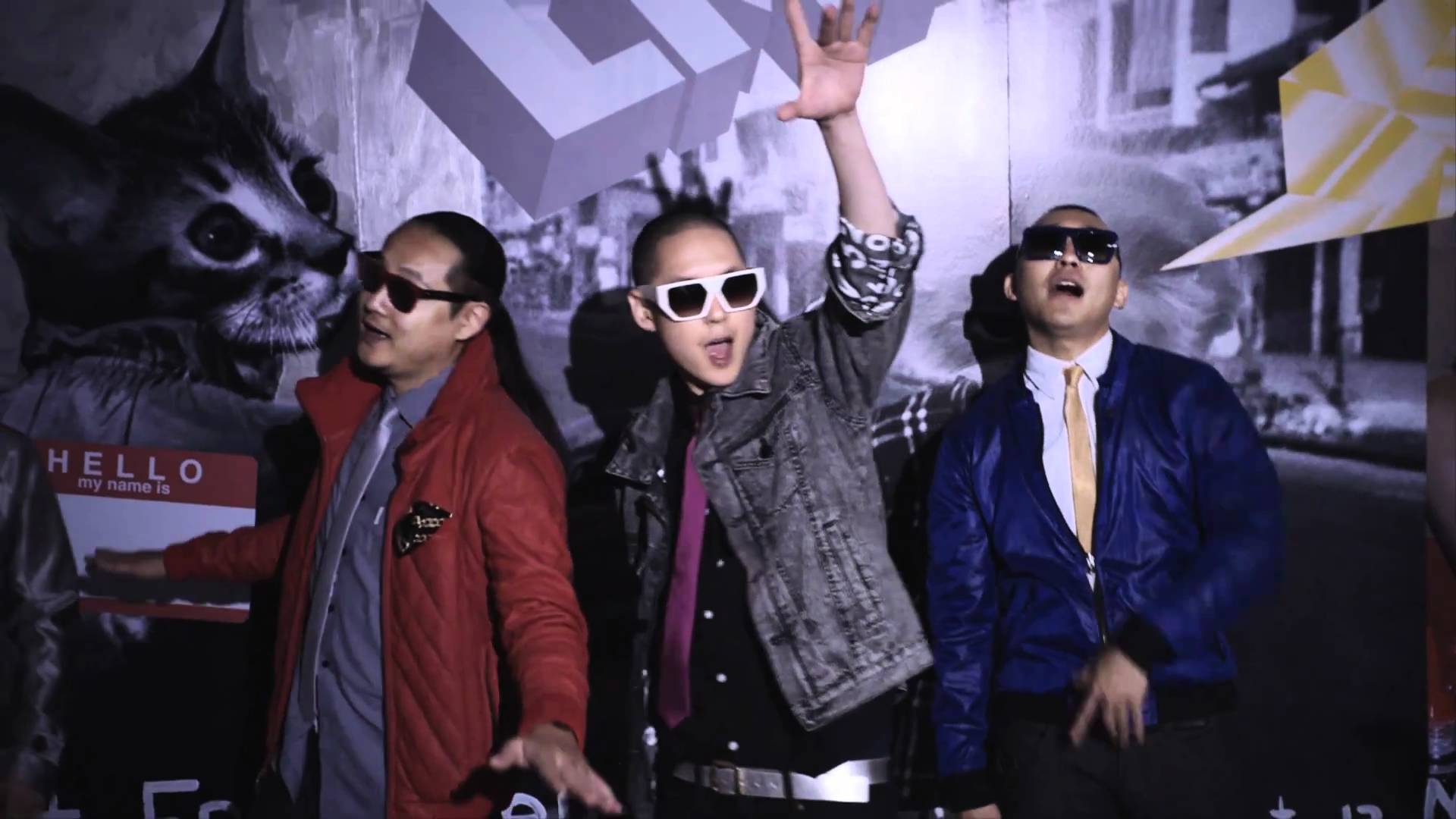 If you thought LA-based electro, pop and rap group Far East Movement were going to be a one hit wonder then you were wrong. Having already sold five million copies of their head banging number one smash hit Like a G6, Far East Movement also known as (FM) have been as busy as a beaver bridging the gap between underground party hits and mainstream pop music for quite sometime. Usually donning brightly coloured retro stylish shades, skinny ties and lustrous blazers, the quartet of school friends Kev Nish, Prohgress, J-Splif, and DJ Virman are once again gearing up to start popping bottles in the ice, like a blizzard with their brand new single Rocketeer, featuring One Republic’s Ryan Tedder. On their recent visit to the UK Prohgress, gave us a call to discuss their new album, the success of their debut single, hanging out with Lady Gaga and exclusively revealing that they are planning to work with Tinchy Stryder. Like A G6 has now received double platinum status. Did you guys anticipate the huge success that was to follow?
No, we didn’t. We actually recorded a similar version to the song called Girls on the Dance Floor, with The Stereotypes and Bruno Mars, which kind of kicked off the whole Free Wired movement. We then decided to do a follow up afterwards which was Like A G6, before we knew it we had over a million hits on You Tube. So, everything that followed has just been a blessing as we did not expect any of it, especially as we were doing something that we loved.

What is the exact meaning behind the lyrics to Like A G6?
A G6 is a Gulfstream G650 private plane, which did not exist at the time when we made the song. The whole point of it was us saying that we wanted to be flyer than a G6. We recently saw an interview on CNN with the people, who made the Gulfstream but who knows, maybe one day they can hook us up with a free flight.

You have all known one another since high school so there is no doubt that you also have secrets about each other. Are there any interesting facts that you can tell us about the others?
[Laughs]… Ah man, well everyone’s got their own thing going J-Splif is the Free Wired cook of the group as he’s always trying to mix things together, like the other day he put together some Spaghetti and an Omelette, which was crazy. DJ-Virman has like a 150 pair of shoes and Kev is always on the computer blogging.

You tend to experiment with your music crossing over in to different genres. How would you define your sound?
Our sound is Free Wired, which is based upon matching things that sometimes you wouldn’t expect to work. On our album, we choose to have guest appearances from the likes of Snoop Dogg and Keri Hilson, simply because we wanted to bring people into our Free Wired world and also on board to help us to see our visions been put to life.

Tell us a bit about your new brand new single Rocketeer.
We were listening to Apologise by One Republic, while on the way to the studio and we straightaway thought, ‘It would be dope if we could get Ryan to feature the vocals’. So we then called Martin Kierszenbaum the head of Cherrytree Records and told him about the idea. He was like ‘I’m friends with Ryan let me give him a call,’ before we knew it Ryan had agreed. You were recently handpicked by Lady Gaga as a support act on her recent tour, what was that like?
It was amazing. I mean Gaga is just Gaga 24/7. The show was impeccable for two and half hours as she was sweating and singing to over 15 000 people, who were all rocking along to every single one of her songs.

So, Lady Gaga is known for her bizarre and eccentric behaviour, but what was she really like in the flesh?
[Laughs]… She is actually really cool. When we met her, she was wearing this crazy dress with some shoes, which were like heels on the balls of her feet. Personality-wise, she was very welcoming and down to earth and we had a great time hanging out with her.

How would you describe your new album ‘Free Wired’? Where does it fit in the Far East Movement journey?
It’s a combination of what we have been working towards all these years and even before all the mixtapes that we experimented with. All the people who have helped us throughout the last couple of years they are the ones who have helped put the whole album together, so it’s something that we feel really identifies the Far East Movement dream.

Tinchy Stryder recently tweeted you on Twitter saying: ‘Let’s make something happen’ – Does this mean you’ll be working together sometime soon?
Yeah, absolutely we recently tweeted, him so hopefully we’ll be hanging out together sometime soon. We are also big fans of his music and other UK artists, including La Roux, Tinie Tempah and Ellie Goulding.

We’ve noticed that you guys have developed your own unique style that sets you apart from everyone else. So we would like to find out a bit more about your swagger in our ‘Swag quiz’.

How long does it take you guys to get ready?
[Laughs]… Literally five minutes.

What exactly is Far East Movement’s ideal type of girl?
A girl who is confident and knows exactly what she wants

Is there anyone who has more swagger than you?
Yes – Snoop Dogg!

Which celebrities would be on the Far East Movement party guest list?
Ah man, Both Jessica Alba and Michelle Rodriguez would be nice along with all our lovely female fans.