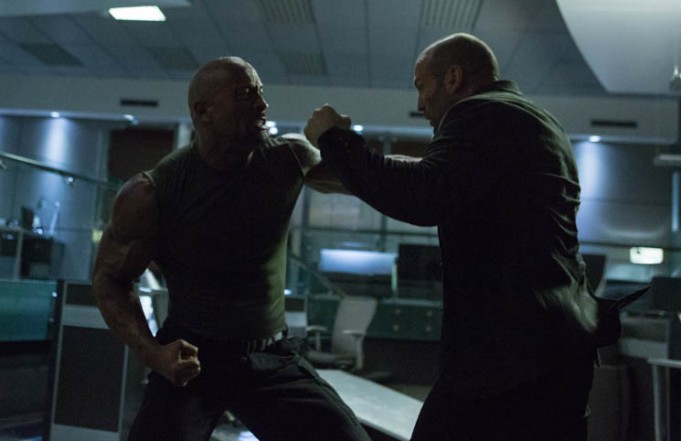 The second official featurette for Fast & Furious 7 has now be released. The new clip gives an introduction to the characters new to the Fast & Furious family including those played by Jason Statham, Kurt Russell, Nathalie Emmanuel, Ronda Rousey, Tony Jaa and Djimon Hounsou.

Vin Diesel and Jordana Brewster take a look back at the significance of the Toretto home in LA and some key moments in Fast & Furious history.

Fast & Furious 7 never ceases to amaze. Watch this insane Plane Drop clip. We can’t help but think to ourselves WTF? The Fast & Furious 7 cast are getting close to becoming super heroes with special powers lol.

And is this the most high octane, super explosive trailer we have ever seen? Probably. Jason Statham slams The Rock in this all new Fast & Furious 7 trailer.

The budget for this movie could probably save a few countries from third world debt, but who cares? The trailer gives us a real look at what we can expect from the 7th film in the franchise. We also get a glimpse of British actress Nathalie Emmanuel in a bikini in the classic James Bond entrance from the sea.

We’ve created a monster and his name is Jason Statham

Previous Article: FAST & FURIOUS 7 rips into our lives with an awesome trailer that has us on the edge of our seats. If this the best Fast & Furious movie EVER?

The Road to Fast & Furious 7: Trailer Launch Event at Universal Studios in Los Angeles! has been trending on our site for since it launched, we now have the trailer, plus exclusive first look images from the movie as well as photos of fans meeting the cast at the live stream event.

We will continue to update this page with news and info in the run up to the movie which hits UK cinemas April 2015.
Official Trailer

FF7 new images. Looks like Jason Statham and The Rock will go head to head in FF7

Rapper Iggy Azalea is following in the footsteps of her friend Rita Ora and has landed a cameo appearance in the movie. She told Access Hollywood:

“I thought that I was just going to have to wave the flag and then I came [to set] and I got a car and I got some lines and then [my character is] friends with Vin.” she added “I’m kind of the head of this monster truck crew of people and I’m like the girl in charge and I have this big truck.” Here are the images from the lucky fans that got to meet the Fast and Furious cast at the Live stream trailer event.

Tyreese Gibson talks about a lot of his favorite moments during the Fast & Furious movies.

We pride ourselves on being a family on an off camera,” said Gibson. “We share as many moments as we can, but a lot of stuff can’t end up on camera, because we just do what we do.”

Gibson added, “Instead of us looking it as an opportunity to finish the movie, it became a real responsibility on behalf of Paul Walker.”

Fans will be able to follow a live broadcast starting at  7:30 pm GMT on the Fast & Furious Facebook page. Universal will continue to debut new and exclusive teaser content on their official platforms every day until Saturday’s trailer break.

Based on the Characters created by: Gary Scott Thompson