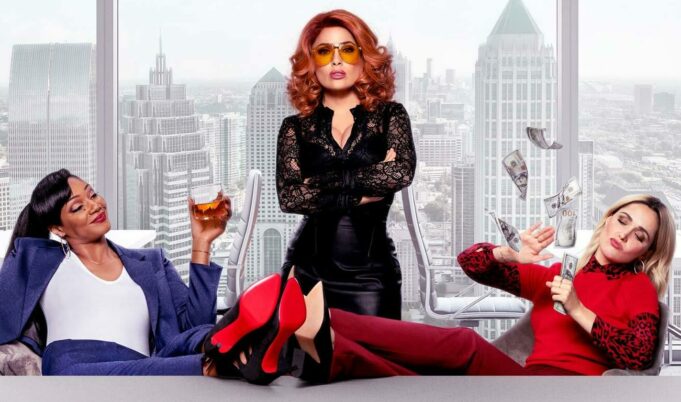 “No matter how fast you are, no one outruns their past”. That’s the opening of the brand new Fast & Furious 9 trailer.

Vin Diesel’s Dom Toretto is leading a quiet life off the grid with Letty and his son, little Brian, but they know that danger always lurks just over their peaceful horizon. This time, that threat will force Dom to confront the sins of his past if he’s going to save those he loves most. His crew joins together to stop a world-shattering plot led by the most skilled assassin and high-performance driver they’ve ever encountered: a man who also happens to be Dom’s forsaken brother, Jakob (John Cena, next year’s The Suicide Squad).

Minions: The Rise of Gru

This summer, from the biggest animated franchise in history and global cultural phenomenon, comes the untold story of one 12-year-old’s dream to become the world’s greatest supervillain, in Minions: The Rise of Gru.

Teeming with Illumination’s signature subversive humour, pop-culture sophistication, full-hearted emotion, bold music sensibility, and over-the-top action, Minions: The Rise of Gru is steered by the franchise’s original creators. The film is produced by visionary Illumination founder and CEO Chris Meledandri and his longtime collaborators Janet Healy and Chris Renaud and is directed by returning franchise filmmaker Kyle Balda (Despicable Me 3, Minions). The co-directors are Brad Ableson (The Simpsons) and Jonathan del Val (The Secret Life of Pets films).

The world of beauty is about to get ugly. Like A Boss, stars Tiffany Haddish, Rose Byrne, and Salma Hayek.

Best friends Mia and Mel (Tiffany Haddish and Rose Byrne) are living their best lives running their own cosmetics company they’ve built from the ground up. Unfortunately, they’re in over their heads financially, and the prospect of a big buyout offer from a notorious titan of the cosmetics industry Claire Luna (Salma Hayek) proves too tempting to pass up, putting Mel and Mia’s lifelong friendship in jeopardy. The beauty business is about to get ugly. LIKE A BOSS also stars Billy Porter, Jennifer Coolidge, Ari Graynor, Natasha Rothwell, Jessica St. Clair and Karan Soni.

I Am Not Okay With This

From the producers of Stranger Things and the director/EP of The End of the F***ing World… I Am Not Okay With This is an irreverent origin story that follows a teenage girl who’s navigating the trials and tribulations of high school, all while dealing with the complexities of her family, her budding sexuality, and mysterious superpowers just beginning to awaken deep within her.