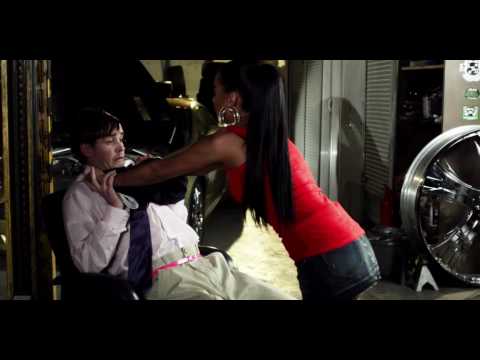 Swagga Verb: An air of confidence which is portrayed through someone’s style. The way they walk, the way they talk and their overall attitude. People who don’t understand may see this as arrogance. But we call this SWAGG. Hailed as the UK’s answer to the Pussycat Dolls this four piece; Jade (21), Ayshan (25), Tanya (24) and Priceless (22) have got defiantly got Swagga. Independent, sexy and confident, the three singers and a rapper have a distinctive UK urban flavour, which has helped them to secure an enviable fierce live reputation. They are set to take the UK by storm with their new UK release Swagga out February 8th 2010

Signed to Universal, Fe-Nix have already built strong national success and secured a UK fanbase of over 100,000. This year has seen them perform to a sold out arena tour supporting N-Dubz and Tinchy Stryder and be confirmed as the European faces of Apple Bottoms; the stylish clothes brand owned by hip hop mogul Nelly.

Fast forward to the end of 2009 and Fe–Nix are set to release Swagga, a self-penned urban phenomena with a catchy dance edge. Championed by Steve Sutherland, and Galaxy Radio, Sutherland leads the way by making Swagga his record of the week an astonishing 16 weeks upfront. It seems the girls can do no wrong as Radio One and Choice have also already played the track. With previous support from heavyweights such as Trevor Nelson and Steve Clarke this single is set for exceptional highs.

The radio edit by TMS is supported by an outstanding mix package spanning several genres of music including a first-rate funky house edit by Mr Skillz, banging club mix by Buzz Junkies and an urban mix by T-Boy

Get their ‘Swagga’ – Out 8th February 2010 – www.myspace.com/fenixladies