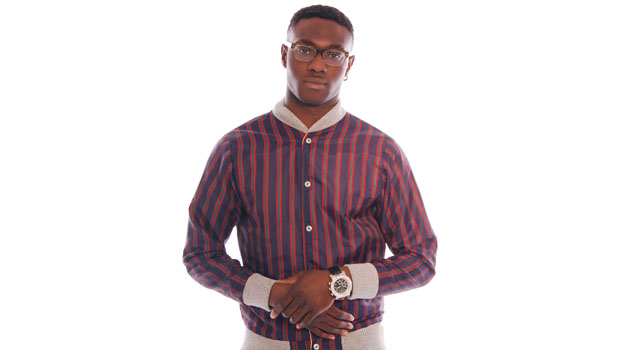 Fearless Dukuman is a rapper from North London who emerged on the scene featuring on an N-Dubz skit called ‘DukuMan’ from their album, ‘Against All Odds’. Fearless also supported N-Dubz on their arena tour, as well as Dappy on his solo tour last year. success and with thousands of followers on Twitter, Fearless is making sure people remember his name. He is currently working on his new EP ‘Bouger La Main’ and is anticipated to make a lot of noise in the industry.

What is it you love about music? I love the good vibes that it brings me.

What age did you start in music? I’d say around about 13 but, I never took it seriously, it was more of a hobby at first.

Who inspires you in the industry? Micheal Jackson, Koffi Olomide, Akon and of course myself.

Which artists would you like to work with? I think Wiley and me would make a great funky tune.

Which new artists do you like? I love what Rita Ora’s doing at the moment.

Tell us about some of stuff you’ve done. I’ve been doing PA’s in clubs, events, touring the whole UK and at the same time working on my EP ‘Bouger La Main’ which is dropping very soon.

You’ve worked with N-Dubz what was that like? Working with N-Dubz was fun, I think they did great things and I hope they get back together.

You also toured with Dappy on his solo tour last year how was that? Touring with Dappy was epic, it really showed me that people love what I’m doing, my music and my style so that really helps. I’ll be touring up and down the UK more this year, so make sure you check out my timeline. You are re-inventing yourself under an Afrobeats/House/Funky sound why is that? I’m not necessarily re-inventing myself, it’s just that not a lot of people can expand their knowledge in music the way I can. I’m a musician who makes good music for the people and it’s a new year with new things for me.

What’s your favourite type of music? I don’t have a specific type, I love all types of music.

What are you up to this year? This year I’m concentrating on making hits, touring and keeping myself busy.