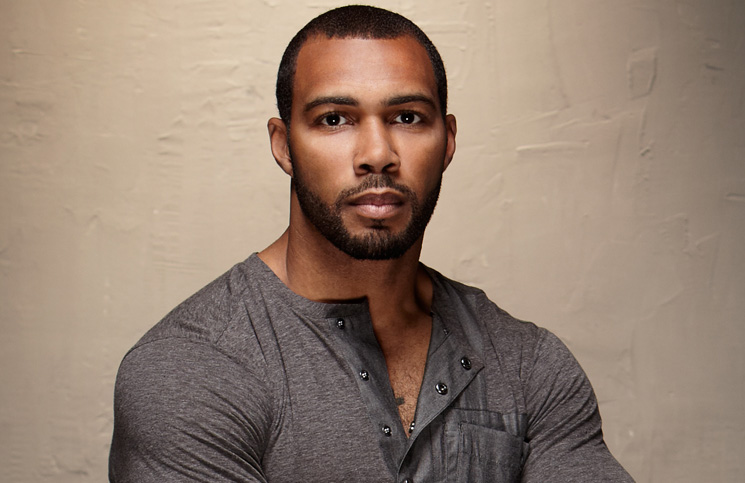 For those not yet familiar, Being Mary Jane is a brand new drama series on Bet starring a very sexy Gabrielle Union as the successful and self –sufficient TV Anchor, Mary Jane Paul. This intense drama follows the life of Mary Jane as she tries to juggle her commitment to her family and her ailing mother, her work, friendships and her complicated relationships with men, But for now let’s just take a minute to delve a little deeper and just truly appreciate The Men of Being Mary Jane. Patrick Patterson (Richard Brooks) – Patrick is Mary Jane’s older brother. Patrick struggles to support his oldest pregnant daughter, but what could be sexier than a “single” dad trying his best to bring up his children! Richard Brooks is another familiar face for some his best known role to date is that of Paul Robinette from Law and Order. Whilst not really doing it for me, I can see the classic sophistication that could attract a lot of women. Mark Bradley (Aaron D. Spears) – co anchor and openly gay friend. Mark comes across as egotistical & arrogant but again you can put that to one side because quite frankly his whole package, to put it mildly, is rather pleasing to the eye. David Paulk (Stephen Bishop) – Playboy love interest. Stephen Bishop has appeared in the television series Lost but his early career was as a Baseball player. David unfortunately doesn’t star in all episodes but those he does he certainly leaves his mark. He has that bald malteaser head thing going on (which I for one have a strange obsession with) and well his whole character just comes across like you want to mother him, as well as other things. Oh I forgot to mention, he’s pretty damn hot to. Andre Daniels (Omari Hardwick) – Mary Jane’s married love interest. Now you may recognise Omari from films such as The A-Team and Kick-Ass, but let’s forget about the man’s acting ability just for a moment, if there is any reason to watch this show this man alone is it. DAMN this man is fine, from his chiselled good looks to a body so hard it could send the most hardest of women into a quivering mess. Andre, is married but we can all see why Mary Jane struggles to keep away from this man, I don’t condone cheating but I think every moral I have may just disappear into oblivion for a piece of him. Actually I think I may have a bit of a crush now.

The Men of Being Mary Jane are all grown and sexy in their own rights, I’ve never been one to shy away from an older man and I’m betting there could be at least one of these guys you’ll drool over for the whole series. Girls, not only is this a series we can relate to in one fashion or another but the eye candy is certainly a winner.