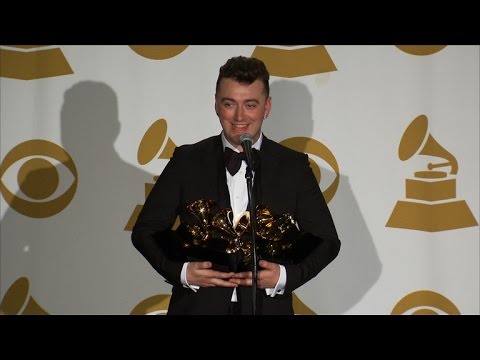 February was a spectacular month for the british born star and here at Flavourmag we just had to show our appreciation for the exceptional UK talent.

Sam has paved the way for many other UK artist’s and has proved that you don’t have to have that “X Factor” look to make it in the business. Sam has had huge success since last year when he was crowned the critics choice winner at The Brits 2014. He has not only gone on to bag the number one album spot, several times, on the UK chart but has also gone on to create a bang overseas in the US and across the whole globe. February was the month which showed Sam the appreciation that the whole world has for his unquestionable talent by awarding him with awards that many music acts can only dream off!

On February 8th 2015 The Grammys went live and our very own Sam Smith was not only a guest and a performer but he was also a six time nominee! Not bad for a young kid from London. The audience witnessed Smith take to the stage with the RnB queen, Mary J Blige for a jaw dropping performance of his hit single, Stay With Me. By the end of the night the 22 year old was a well deserved four time Grammy winner by bagging some of the biggest awards of the night. These included best pop vocal album, record of the year and song of the year. Congrats Mr Smith, you make us proud to be british.

A few weeks later on February 25th 2015 the singer-songwriter arrived at London’s O2 for the biggest music event in the UK, The Brit Awards 2015! Sam arrived as a six time nominee and left as a worthy two time Brit Award winner, adding to his award from last years show, now making him a three piece Brit winner! All this in the space of a year really does show just how successful real talent can be. Not only was he a winner but he was also a performer on the night and delivered yet again another show stopping vocal performance which left the audience in complete awe of this exceptionally talented young gentlemen.

February was most definitely THE MONTH OF SAM and we can’t wait to see what is next from this incrediable talent. Have you got your copy of In The Lonely Hour? Grab it on iTunes now – https://itun.es/gb/vWkaV and make sure you follow @SamSmithWorld and @Flavourmag on Twitter.