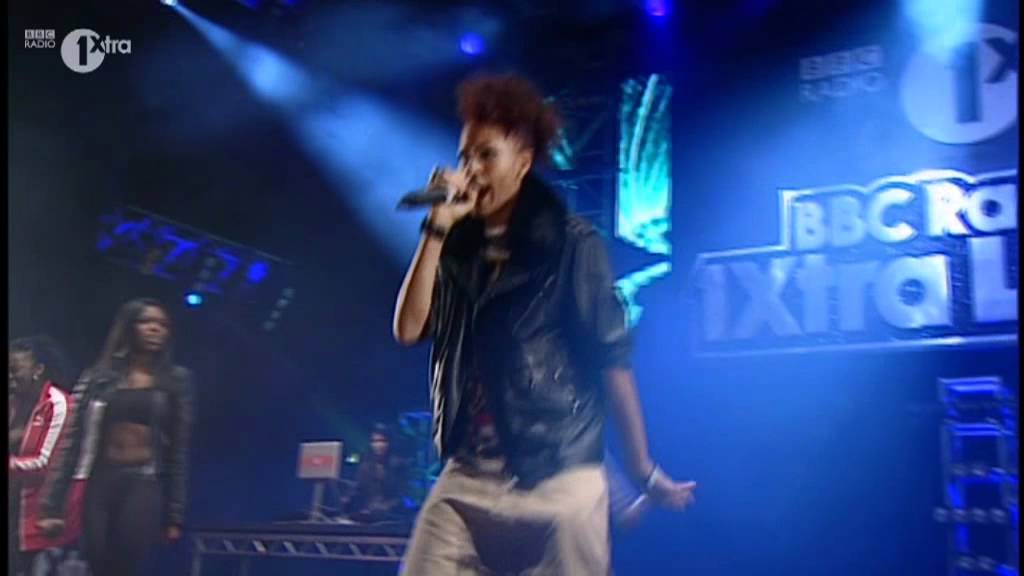 A little while back some friends and I had a debate regarding female emcees. Initially we started to talk about the US and how the female presence has diminished considerably. We then engaged in a game of name that female emcee, as you might have guessed, the usual protagonists were mentioned: Lauryn Hill, Jean Grae, Rah Digga, Queen Latifah (no not Nicki Minaj but I like her) but the problem was that we were having trouble naming more contemporary names that were enjoying success.

This then led me to me ask who are the UK names? If the US scene was suffering then with our smaller pot of talent, purely on a population size, then there was a high likely hood that the UK scene was suffering and indeed the scene is suffering, I think, from a lack of female emcees or femcees as they are sometimes known. Nolay who is one of the names holding up the UK scene indeed agreed that the UK emcee game is rather thin on the ground. Indeed Ladi 6 (check out Future Flavours) a new emcee from New Zealand also felt that the US game was in a rather dire state: is there a deadly global virus affecting female emcees called “I’d rather sing-itus” a deadly strain that stops female emcees from barring?

There are extremely talented UK female lyricists around but they are rare and you need to get all David Attenborough to find them! Quantity does not equal quality and I am not for one second suggesting that I would rather see a massive pool of mediocre female emcees but you do need to have a decent stock to replenish the game and indeed you need a sizable and ever changing pool of emcees to challenge those already there and keep them on their lyrical tongues.

Has the UK ever really had a female emcee presence of any notable size? I would say probably no.

It is funny that say eight years ago mainstream was still ambivalent about people rapping let alone an UK emcee rapping from some urban destination. Indeed it seems it was only the very well known artists from the US and UK that made it into the charts or indeed those that brought rap but in a more acceptable, poppy form. Eight or so years on and the whole “UK rapper” phenomenon has been embraced. The once vilified grime scene has many of its rappers in the mainstream loved by young, old, black and white equally: Wiley, Wretch 32, Tinchy Stryder, Dizzie Rascal, Skepta plus many more have all achieved amazing success.

So is the UK mainstream ready for female emcees to make a big impact and do what they have always done on the underground and that is be on par with their male counterparts because they are lyrically good and not just a circus attraction because they are female emcees barring? Ms. Dynamite and others like Estelle have shown it can be done. Ms. Dynamite and Estelle did have to mix it up a little by singing to make rap more palatable (I would argue) and indeed gain longevity in the business despite initially bursting onto the scene with quintessentially urban music but of course it can happen. While Estelle has delved more into her singing it seems Ms. Dynamite has returned and rekindled that rhyming energy with features on tracks like Fire by Magnetic Man where she goes in.

So if we want to get the female game up then Flavour magazine is asking UK female emcees to stand up tall, pick up the mic and state we are great lyricists. It’s a rallying call, let’s shake up the status quo, you bring your A game, we bring you the coverage because your UK lyrical scene needs you, it’s serious!

Beacons of the UK Female Scene She has been standing tall in the game for a minute indeed. Some say she was probably one of the pioneers that encouraged the present crop of female emcees to pick up the mic. After a long period out of the game, Dynamite is back like she has never gone with her new brilliant single Neva Soft featuring production from Labrinth and a new album. We can’t wait!

I have always liked Nolay because she does not bar like she is a female trying to take on the guys she bars like she is a lyricist taking on a next lyricist. From the first time I heard sublimely spit over Bars of Truth I recognised her talent. Holding up the game, she is pushing her talent hard. Whilst she has dropped stuff before her EP He Said She Said I’m Bad (1Xtra favourite) tees things off nicely and is a mouth watering teaser for her forth coming material. Incidentally can you imagine Nolay and Dynamite on the same track no need to imagine check Nolay featuring Dynamite on the track Drugs. Shimmer Baby brings the “s” to swagger and indeed is probably one of the hardest working female emcees featuring on numerous tracks for other artists. A favourite of the grime scene she is all about embracing her female side while still barring for days and taking on the guys and holding her own. With her new album Easy Like Sundae out soon and her new chart show with grime daily, Shimmer baby is standing tall.


I would argue and state that if you come from outside of London that is can be even more difficult to make a name for yourself in the music scene. RoxXxane however is one of the new breeds from outside London (Birmingham) and she has already had a nod in the Guardian paper from the Street’s (Mike Skinner) who highly rates her. Recently at Re: Definition it is her hard no holds barred flow that is making her a growing name. Check this U-tube link to hear how hard she goes in onthe hot track and one to watch. Tor has been on the scene for a while working with names like Blak Twang and Klash. Her lyrical prowess is never in question and after a little time out she is back with an arsenal of projects: Two new mix-tapes ‘Different Place’ and ‘Lose My Cool’ (1xtra Mix-tape of the week) on a free download www.dynamitevision.com, two albums due for release in October and January and a project with Rashad Smith “Rockers Society” which I am suitably excited about, stay locked for a review. This lady is making a big comeback! The MOBO award winning Shystie is scary when it comes to talent. The actress/femcee starred in the MTV Base’s Dubplate Drama as well as Noel Clarke’s Adulthood. (2008) She is versatile but don’t ever get it twisted, she can bar. I think back to her response to Lady Fury who decided to send for her: “When you spit I can smell stale semen on your breath.” (All in unison we say- “ohhhhh”). With her new mix-tape “You’re Welcome” out now, Shystie is back!


She is definitely one of the hardest emcees in the London scene right now able to bar to the highest degree each and every time. Having worked with a plethora of other emcees including Shimmer baby we all wait in anticipation for the Lioness to scare dem when she roars. Check out Flavour TV interview with Lioness.

Baby Blue is another female emcee to watch out for and with support coming in the shape of Estelle and work with Ms Dynamite, it’s clear to see that she has the swagger to boot. With further work with big hitters like Wretch 32, Ghetts and J2K to add to her CV she is defo standing tall.

If you know a female emcee worth her salt then holla at your boy semper@flavourmag.co.uk and maybe we can feature her as a female emcee in our Future Flavours section.