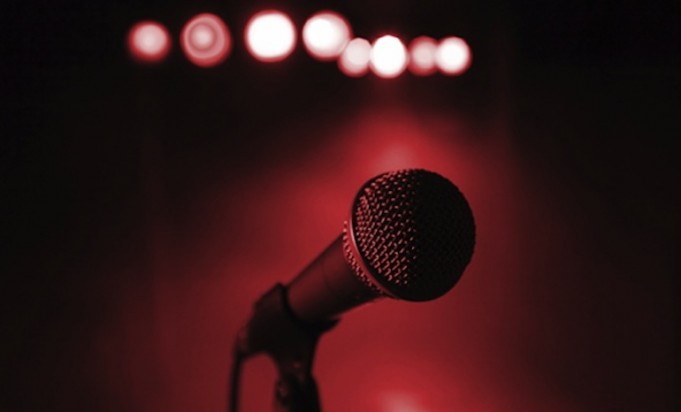 A couple of years back I did a piece looking at the hottest UK femcees in the business and now here I go again. I think only one name from that last feature makes it for this year.

Got to say that I do think that the femcee game at present is suffering a little and I am not sure why.

A lack of femcees of course does not mean for a second that femcees aren’t out there but of course we need them to hit some form of radar and right now it appears that only a few are making a mark on the radar or at least my radar!

Indeed that has been the criteria I used for those getting on the list but don’t hate me I know I will miss a few. So if there are names that you think should be here then please send them through or make a comment (no swearing) and let me know. Indeed maybe YOU can shed some light on the scarcity of femcees making a name.

So the names to look at (and in no particular order) let’s go with: Here we go with the North London femcee, Little Simz who stands out as the only one to drop her flow over hip-hop beats and when I say hip-hop it’s that type of hip-hop that seems to have an American bias. Not an issue because of course good music is good music.

Her ascendancy has been an astute move in terms of genre. Rather than take the moderately saturated genre of grime she has found a lane in a brand of hip-hop that allows her instantaneous cross over potential-it all just makes sense.

Last year the multi talented actress, singer and of course rapper Simbi Ajikawo had a hugely successful year, probably the most successful out of the femcees to bless this feature. Her current success engineered by her manager Eddie (who helped create the brilliant publication Soul Culture) has not come all of a sudden-she has put in the work for sure.

For me it was 2012/13 with the Black Canvas mix-tape (which premiered on Jay Z’s Life and Times) that really seemed to firmly announce her as a femcee that people needed to watch. It was a mix-tape filled with exquisite hip-hop smouldering bangers (that she sourced completely independently) that oozed ‘cool’ think Marilyn Monroe ft Chuck 20 and Remus hard.

Touring in the States and Europe, work with massive producers, Maida Vale Sessions it all points to a beautiful journey that is in truth only just beginning.  Mix-tapes and projects have been numerous since Canvas and they are all truly brill.

Her latest output is the equally firing ep Age 101-Drop 3/000 featuring collaborations with names like Jakwob on Used To Know (a festival cut for sure) and the delectable Intervention featuring Sevn Thomas and Prezident Jeff.

With names like Andre 3000 and Snoop fans, it’s only a matter of time, 2015 will be Simz’s time-congratulations. The Birmingham femcee Lady Leshurr can be considered a little bit of a veteran and she is still only in her young twenties damn!

Since she broke onto the scene circa 2009 the Birmingham femcee has set her standards very high.

Truth be told she is probably one of the best double time exponents out there twirling her tongue around syllables like she was an anaconda ready to devour a capybara.

It was her stand out underground banger, Lego 2011 which seemed to really put the pocket dynamo on the femcee map. The ripples from Lego were felt Stateside and for a while it seemed as if Leshurr was going to unleash a stateside collaboration with some huge emcee. Unfortunately that did not happen but in a moral standpoint Leshurr showed true solidarity to her fellow femcees.

Offered a deal by Atlantic Records (Stateside) she turned down the deal because they wanted to pit her against other femcees and, as she stated- “It pushes the gaps between us – girl rappers are afraid to work together because we get fixed in these imaginary competitions. The industry just doesn’t know what to do with women.” (check out the article in the Guardian)

Personally I love that bit of solidarity by Leshurr and when I read that my respect for her went up tenfold. Since Lego Leshurr has put out a steady stream of mix-tapes. From her last mix-tape, Lil Bit Of Lesh 2014 or collaborations think her most recent with the global name D Banj on Bother You 2014 her work rate is on point. Check out something fresh from her Soundcloud called Lukatar.

With the added bonus of her label Gutterstrut, now well established, Leshurr is setting her stall out to be around the femcee game for a while. Next up is Paige Meade aka Paigey Cakey the singer, actress and of course rapper has worked very closely with our Lady Leshurr.

While she put herself on the map in 2012 with her raw street banger Rip Dragons, 2013/14 was the year that seemed to be the time she unleashed her full potential.

Connects with names like Leshurr and Chip have helped but once again we go back to ability and she possesses what all rappers need a distinctive voice that makes her stand out.

She has and continues to put in the work with the mix-tapes a regular feature, her latest being the Right Paige (released on Alwayz Recording) with some great cuts and collabos from some of the biggest names from the UK scene think Chip, Sneakbo, Yungen and Abel Miller who features with her on Trust Me. Really loving this cut where she showcases her other talent as a singer- it’s tidy stepping into that Drake esque vibe.

Next up is the East London femcee BGR who in terms of exposure probably has the least.

In terms of talent however she is certainly one of the next names to blow a fact agreed with by names like English Frank and the US outfit MOP where she won a competition to feature on one of their singles soon to come out.

Since signing to Ill Flava records headed by Karl Hinds who had one of the biggest tracks of yesteryear Don Gramma (2002) BGR has been putting in the work the result being her first mix-tape with the outfit Red N Black featuring cuts with names like D Dark and production from Canada’s Teckzilla.

Ali Bombaye the first cut from that mix-tape featured on SBTV and sees her putting in the hard street bars she has is steadily becoming known for.

In terms of that gritty UK energy, she stands as one of the newest and most talented and I hear that this year she’s dropping a few more lyrical gems.

When it comes to UK femcees no list would or could be complete without Nolay being an addition.

She has been in the game longer than this current crop (I think) and from a lyrical perspective have to say that she has undoubtedly at some point inspired all of the femcees here.

Since Unorthodox she has continued putting out bangers upon bangers all distinctly Nolay with that street energy and lyrical dexterity that is serious-I am sure there are some men scared of this lady-I’m not though (ahem).

Anyhow this year get ready for some banging fresh material with her album (which I think might be a debut album) Holy Sinners. I saw somewhere that people were gassed and why not? Look out for the recent drop of Don’t Stop featuring P Money and Blacks while of course keeping the date 20 01 14 in your diary that’s when she drops that album.