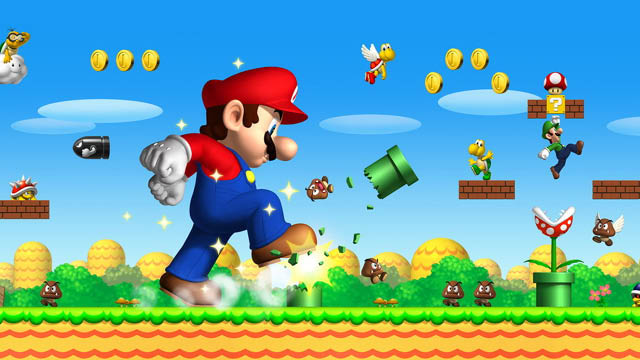 There are a lot of people in the world right now, mostly men in their thirties, who are complaining that an all-female remake of Ghostbusters is going to “ruin their childhood”.

However, it’s kind of hard to believe those claims given that, for most of these people, their childhood contained Super Mario Bros: The Movie. That’s not all, they also contained Street Fighter: The Movie, Wing Commander, and the bizarre extended music video that was Lara Croft: Tomb Raider.

There’s no knowing why it is, but for some reason we’ve just never been able to make a half decent movie out of a videogame that wasn’t called Pokémon, and frankly that’s not even accounting for the fact about half the films in the genre were directed by Uwe Boll.

But despite the lessons of history, the fact remains that Hollywood is starting to run out of high profile comic book properties they can convert into movies, and so recently we’ve seen a lot of people returning to that poisoned well. So what’s different this time?

Remaining Faithful to the Original

There was a time when superhero comics (at least those that weren’t called “Superman” or “Batman” were considered to be box office poison on a level with videogames. It might seem strange now, but once upon a time Batman Forever was considered typical of the genre. That all changed with two films – Bryan Singer’s X-Men and Sam Raimi’s Spider-Man. The films had one thing in common – they took their source material seriously, trying to take the experience of reading the comic and bring it to the big screen. Toby Maguire’s Peter Parker resembles the one in the comics in a way that Dennis Hopper’s crocodile skin jacketed “King Kooper” in no way at all resembled the giant, tortoise-shelled, fire breathing Bowser.

But Assassin’s Creed draws our attention to another issue as well.

Actually Have a Decent Source Material to Begin With

Now look, I’m not saying that Super Mario Bros. wasn’t an awful abomination of a film, and we wish Nintendo the best of luck in trying to do it right. But the fact is “A plumber jumps on a lot of things to save a princess from a turtle-dragon” isn’t a pitch that’s going to get a whole lot of greenlights without a multi-billion dollar videogame audience already offering to stump up for tickets.

Likewise, if you want to make a film out of say, catapulting furious avian creatures at structures filled with green pigs, well, it’s probably heading to a place where people gargle pee in your movie trailer.

But videogame is fast becoming one of the most exciting mediums for new stories. What started with Half-Life has led to games like Bioshock and Bioshock Infinite, which had as many debates about its ending as Blade Runner. The Warcraft movie is receiving a mix of jubilant and damning reviews, but the Duncan Jones directed movie already has far more lore to draw from in the videogame than Peter Jackson did with his hobbit-based movies.

Remind us Why We Play Games

If you want to see a truly ridiculous IP that nobody could ever make a movie franchise out of, you needn’t look any further than Lego. A few years ago people would have held this up as yet another sign saying ‘Hollywood Is Out Of Ideas’. But in the end The Lego Movie was funny, inspiring and yes, it made some people cry at the end. What it did right was remember what people loved about Lego, and put that on screen. Watching The Lego Movie is like reliving the most fantastical of those rainy Sunday afternoons where all you had was a box of coloured bricks to work with, and it was enough.

Ironically, one of the best films to do this isn’t a film based on a videogame property at all, although nobody could deny they inspired it. Hardcore Henry, with its exclusively first person perspective and array of aerobatic hyper-violence is an excellent example of a movie taking what we love about games and using it to tell a story on film.