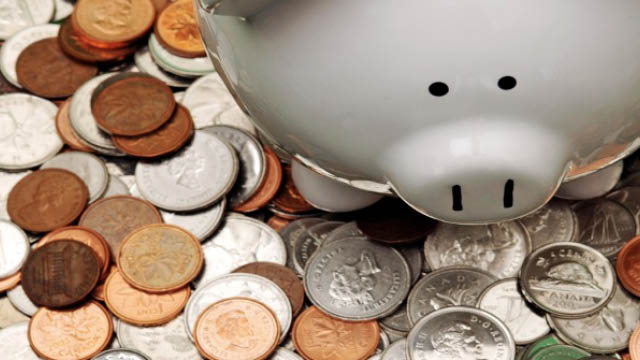 There’s a growing feeling that we’re letting children down when it comes to education.

They’re leaving school with knowledge of Shakespeare and Ancient Egypt and French verbs and Pythagoras, but don’t know how to hold a conversation or how a mortgage works.

These are necessary skills for life, and leaving a youngster to scramble to pick them up too late in life does not benefit either them or society as a whole; in fact, according to Moneyfacts.co.uk last year British parents took out nearly £2m to support their children.

Those mums and dads might regret not instilling in their offspring a few financial skills from an early age – through tips such as these:

While very young children typically display a preference for coins based on their physical shape and size, it’s believed that a child can start to appreciate the benefits of saving from the age of three. Children become aware that money can be exchanged for goods, and that those goods have appropriate values. So the more money one has, the better the items they can get, or the more of them. They might not be able to compute the sums immediately – generally children at the age of four struggle to grasp numbers above four and group items as “many” or “lots” – but they can still learn the basic concepts.

No-one realistically expects a four-year-old to save for five years, but if they can gain the idea from a very early age that putting aside a measure of money for later use it will translate to toys, then the later leap to gadgets, holidays, cars, clothes and deposits later in life. Of course the added benefit is that they will gain an appreciation of mathematics at a simple level. Help them choose a relatively cheap item and encourage them to put money aside to eventually buy it. Some experts advocate using three separate pots for spending, sharing and saving, so that your child can learn to donate charity to friends, family and charity as well.

If you can introduce multiple contexts of using money at a young age, a child will experience more structure and realism, and learn to engage new monetary skills. The importance of roleplay is well known in the classroom and home, boosting conversational, social and creative play. Looking at menus, paying for items in shops and stores, and comparing prices and offers, is an early skill that will benefit their social lives and writing skills.

Don’t make the mistake of telling your child that paying large amounts of money every month for renting and paying mortgages is a necessarily bad thing. At this age, simply explaining the difference between the two in terms of freedom and ownership is enough.

Children are normally taught about fractions and percentages from around the age of six or seven, and their application will help them in future life. Simply knowing that 5% and 1/20th are the same thing, and that some bank accounts pay this and some pay that, will inform their later choices.

According to a Cambridge University study most children’s financial habits are formed by the age of seven. Researcher David Whitehead said: “Early experiences provided by parents, caregivers and teachers which support children in learning how to plan ahead, in being reflective in their thinking and in being able to regulate their emotions, can make a huge difference in promoting beneficial financial behaviour.”

Analysis of the pros and cons of purchase decisions, research and reviews, the wisdom of employing price comparison sites, and patience in finding the best deal while not devoting silly amounts of time, should be taught from the first occasions where they ask to buy online. The skill of reasoned decision making is an important one to grasp.

A final point for the older children in this age group: don’t dismiss their ideas and the things they pick up, and take heed of the sites they visit. If they’re using a PC or Mac to make online and in-game purchases make sure these are safe, and that they are not being targeted by online scammers or worse. Recent research from the NSPCC found that counselling for online sexual abuse rose by 24% last year; Childline founder Esther Rantzen said: “It can be very hard for young people to identify that they are being manipulated or exploited, or to recognize that something is not right.”

By now, your children will hopefully be thinking about what they wish to do in life, with careers, loves, hobbies, holidays and other treats swirling around their puberty-addled minds. This is a good time to give them responsibility, perhaps through an allowance or pocket money – preferably in a structured format. According to Money Advice Service, more than half of 15-17 year olds who receive money on an ad hoc basis keep track of their income and spending, but this rises to two-thirds when when that sum is fixed and regular.

Learn from mistakes – yours and theirs

In between the dinner table arguments and general teenage strops, the conversations about finances should not be one-sided. Tell them of those times in the dim and distant past when you spent on a luxury that you couldn’t really afford. How did you feel, what was the outcome, and did you regret it? Did you run into debt, and was it a deflating or ultimately beneficial experience? Perhaps you’ve even got recent examples of decisions you took, such as mortgage or utility accounts, or a lack of insurance. If you ever find yourself in financial difficulty, debt advice is always available.

The level of freedom that you give them to make mistakes is up to you, and is largely based on your ideas of parenting as a whole. Some mums and dads will allow their youngsters to experiment with saving and even investing, others will do it all for them. You could even set them up with pretend stocks and share portfolios, and start monitoring the financial and political world – if you can maintain their interest.

Help them keep abreast of the news

Strangely, humans are terrible at learning from each other’s mistakes. The cycles of inflation and recession happen with painful regularity, showing that external factors such as the global economy and government decisions can have as a big a bearing on a person’s financial stability as their own decisions and talents. During the financial crisis of 2008 it’s believed more than 1.3m people in the UK lost their jobs, while millions more around the world lost homes and livelihoods.

How many of these people knew of Black Monday, the troubled 70s and the financial turmoil of the 20s, and simply ignored the lessons or didn’t care? Therefore, your teachings on what can and cannot happen in life will not completely bulletproof a teenager from failure, but what you can do is show them what has happened over history and allow them to make their own judgments.

This is the age where your youngster should be thinking about jobs – part time, full time, and during summer/winter terms. While you wouldn’t want your child to suffer while working, their first job is often an experience that will toughen them up and push them into bettering themselves. Even celebrities have told of times when they swept the streets and delivered bread, eventually becoming footnotes in their glittering careers. Encourage your youngsters to get into the job market, create a CV, and then move onwards and upwards.

The importance of saving

The coup de gras of showing that your financial lessons have worked would be on the day your youngster hits 18, and suddenly becomes the owner of the proceeds of several thousand pounds via a matured junior ISA. Up to £4,080 can be saved into a JISA per year, as cash or invested in stocks and shares. While there is debate about the merits of ISAs in terms of the savings they offer, a lump sum such as this will show that your prudent steps taken many years before, which now might pay for a car or deposit, might encourage them to do the same.

A list of where your young adult might fall into debt could take up an entire story on its own. But here’s the lesson to pass on – debt is normal. It isn’t always bad. It will get you a house or a holiday. It will help with bills and pay your shopping. The greatest businesses in the world started in debt and will probably always be in debt. The key to being in debt is knowing how to be good in debt, and knowing how not to let your finances fall into disarray. Taking a small loan or credit from companies such as Avant Credit, Tesco, Zopa, and others, and knowing how to pay it back responsibly, is a good skill. Even the odd late charge, chastening at the time, can deliver a useful lesson. However, one debt you shouldn’t spend money on is…

Even if you’ve saved off money to pay off your tuition fees, don’t bother. As financial guru Martin Lewis suggests, unless you’re earning a significant salary straight out of university there really is little point in comparison to the costs of accommodation, eating, running a car and so on.

Fly the nest – but not yet

According to data from the ONS, more than 3.3 million adult children (20-34) are living with their parents – an increase of 618,000 since 1996. While some of this huge number will be at fault, for many rising house prices have meant that clambering onto the property ladder has proved nigh-on impossible. So try not to push all the blame towards your youngsters for their current financial status – they’ll be eager to spread their wings, start their life, buy a home and eventually have children – to start the process again.