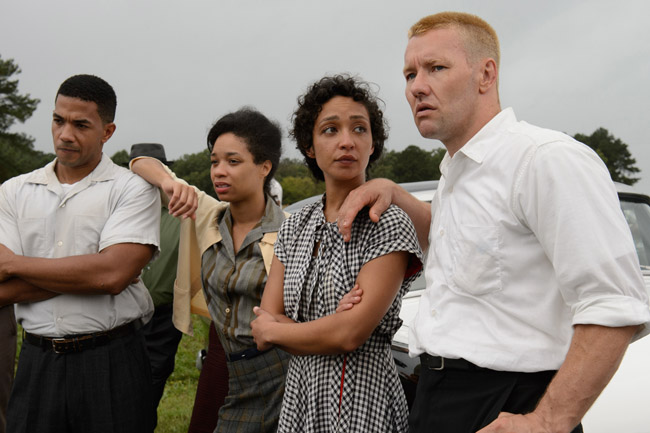 Ahead of the world premiere of ‘Loving’ at Cannes 2016, Universal Pictures have released 3 first look images and the teaser poster. ‘Loving’ is directed by Jeff Nichols and has a cast consisting of Joel Edgerton, Ruth Negga, Michael Shannon, and Nick Kroll. “Loving” celebrates the real-life courage and commitment of an interracial couple, Richard and Mildred Loving, who married and then spent the next nine years fighting for the right to live as a family in their hometown. Their civil rights case, Loving v. Virginia, went all the way to the Supreme Court, which in 1967 reaffirmed the very foundation of the right to marry – making their love story an inspiration to couples everywhere.