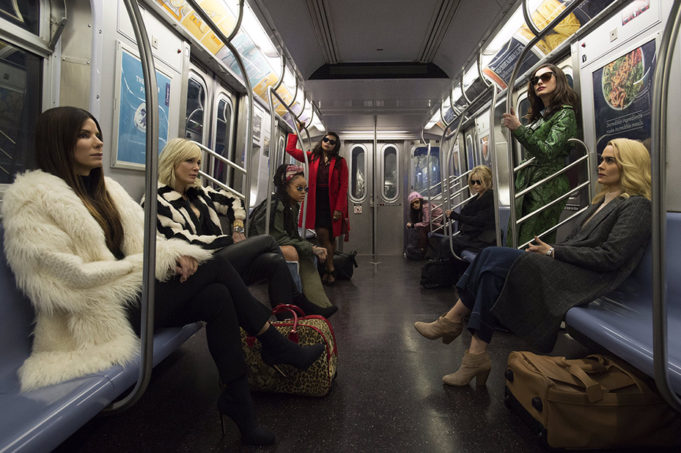 Warner Bros. Pictures’ and Village Roadshow Pictures’ first look at “Ocean’s 8” from one of New York City’s most iconic locales: the subway.

Hopefully it’s better than Ghostbusters which also boasted an all star cast.

The film is set for release in Summer 2018 and will be distributed worldwide by Warner Bros. Pictures, a Warner Bros. Entertainment Company, and in select territories by Village Roadshow Pictures.