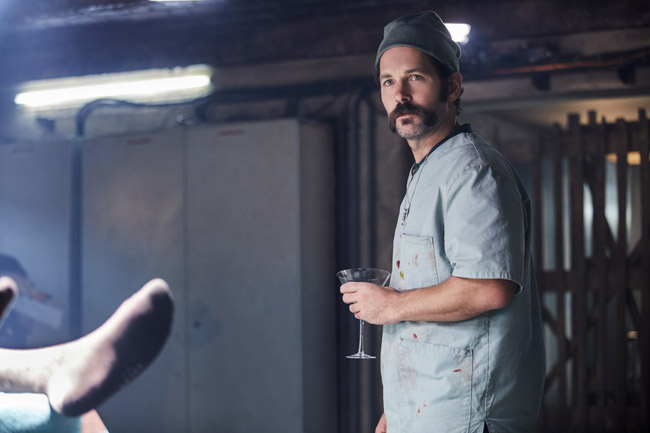 Netflix are no doubt in the driving seat with brilliant original Films and Series at the moment and they show no signs of slowing down with the release of the first look images from new film, MUTE. Set in the near-future, Leo (Alexander Skarsgård) is a bartender living in the pulsing city of Berlin.  Because of a childhood accident, Leo lost the ability to speak and the only good thing in his life is his beautiful girlfriend Naadirah (Seyneb Saleh). When she vanishes without a trace, Leo’s search for her takes him deep into the city’s seedy underbelly.  A pair of wisecracking American surgeons (Paul Rudd and Justin Theroux) are the only recurring clue and Leo is forced to take on this teeming underworld in order to find his love.
The Netflix original film is directed by Duncan Jones and written by Jones and Michael Robert Johnson.  Stuart Fenegan serves as producer and Charles J.D. Schissel and Trevor Beattie serve as executive producers. The film will launch in all territories where Netflix is available in 2017.