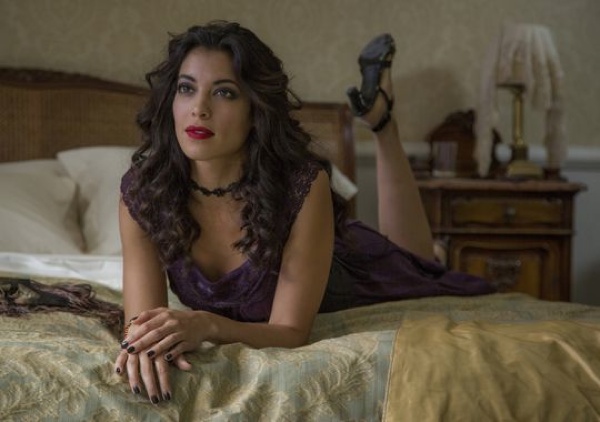 We get a first look at the Bond ‘Spectre’ look as new images have been released of it’s female stars via USA Today.

Lea Seydoux, Monica Bellucci, Naomie Harris and Stephanie Sigman take on their roles as the Bond girls women of intrigue. Monica says “She comes from a man’s world, but when the attraction between them takes place and she realizes her feminine power on him, then she trusts him to save her.” Stephanie says “She’s a lot like me,” the actress said. “We like to have fun and we’re joyful people. I found her really easy to play and go with the flow and just be me.”

And the gorgeous UK actress that we love, Naomie Harris plays Eve Moneypenny Naomie says (It) made her reassess what she was doing as a profession and what she wanted to do with the rest of her life,” Harris says. “She wants to support in a different way. There’s a maturity in that decision and a groundedness you see with her.”

The 24th Bond film is directed by Sam Mendes and stars Daniel Craig as 007. Look out for the film in cinemas October 26th.