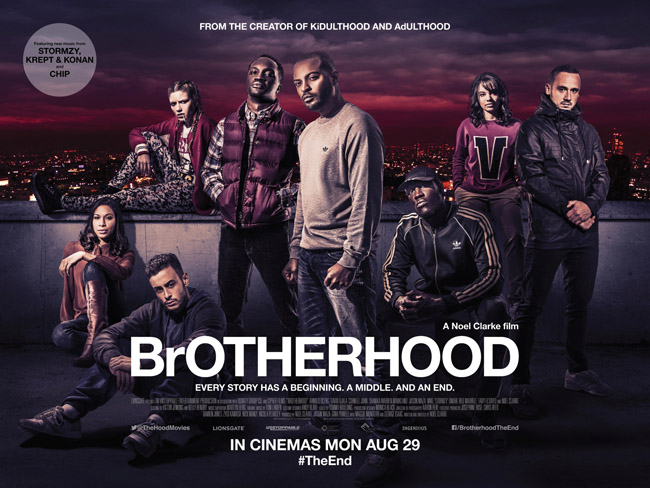 Bit by bit the team behind Noel Clarke’s much anticipated next installment in the Hood Trilogy, BrOTHERHOOD are releasing little insights into the film.

The next on their agenda is the release of the first official poster of BrOTHERHOOD. This time, Clarke looks like the Daddy of the group while Stormzy takes charge of the young blood on the team.

BrOTHERHOOD follows Sam as he faces up to the new world after ADULTHOOD and realizes it also comes with new problems and new challenges. Sam knows that to survive he must face his issues head on, and knows he will require old friends to help him survive new dangers.Noel Clarke (Star Trek into darkness, Doctor Who, Adulthood.) reprises the role of Sam Peel with breakthrough Grime artist Stormzy appearing alongside him as Yardz. The film is written and directed by Noel Clarke who also produced alongside Jason Maza, Maggie Monteith and Gina Powell.

BrOTHERHOOD is released in Cinemas August 29.