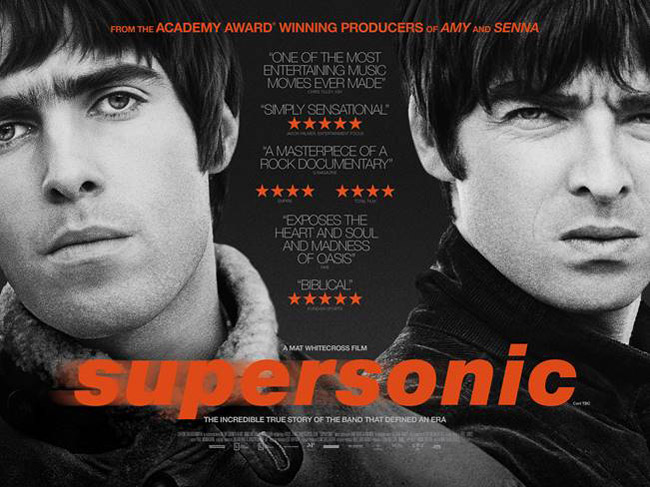 From the producer behind the likes of ‘Amy’ and Senna, Asif Kapadia, comes the official trailer for Oasis Documentary Supersonic.

Unveiled today, viewers get a behind the scenes glimpse at the band that made Rock n Roll history in the 90’s. The film, which is full of nostalgia, is directed by award-winning director, Mat Whitecross. Filled obscenities and candid moments that you would only expect from the infamous brothers, Noel and Liam Gallagher, as well as all their high’s, low’s and fallouts all in their own words.

Featuring extensive unseen archive, SUPERSONIC charts the meteoric rise of Oasis from the council estates of Manchester to some of the biggest concerts of all time in just 3 short years. This palpable, raw and moving film shines a light on one of the most genre and generation-defining British bands that have ever existed and features hours of footage of new interviews with Noel and Liam Gallagher, their mother, and members of the band and road crew.

SUPERSONIC RELEASES IN UK AND IRISH CINEMAS WITH LIVE SATELLITE EVENT ON OCTOBER 2ND, 2016 AND ON BLU-RAY, DVD AND DIGITAL DOWNLOAD OCTOBER 31ST, 2016