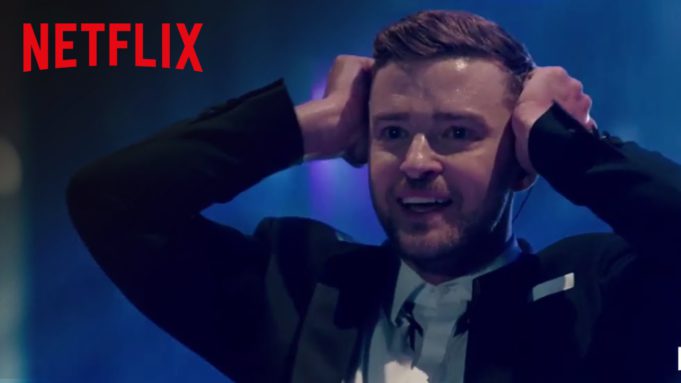 Anyone who has seen Justin Timberlake and The Tennessee Kids perform live knows only too well that he is a true entertainer.

Now, Thanks to Netflix, You can experience the joy Timberlake brings right from the comfort of your own sofa on October 12th. Not convinced? Well, the trailer for Justin Timberlake + The Tennessee Kids has just been released and it truly does make the hairs on the back of your neck stand up. Synopsis: Music superstar Justin Timberlake and acclaimed director Jonathan Demme team up for a visionary concert-film experience with the new Netflix release Justin Timberlake + the Tennessee Kids. Timberlake, along with his band and dancers – the Tennessee Kids – will have you on your feet singing along, from “Cry Me a River” to “Mirrors.” The Netflix Original Film, which premiered at the 2016 Toronto International Film Festival, gives you the best seat in the house for the final show of the 20/20 Experience World Tour at Las Vegas’ MGM Grand Garden Arena in January 2015.