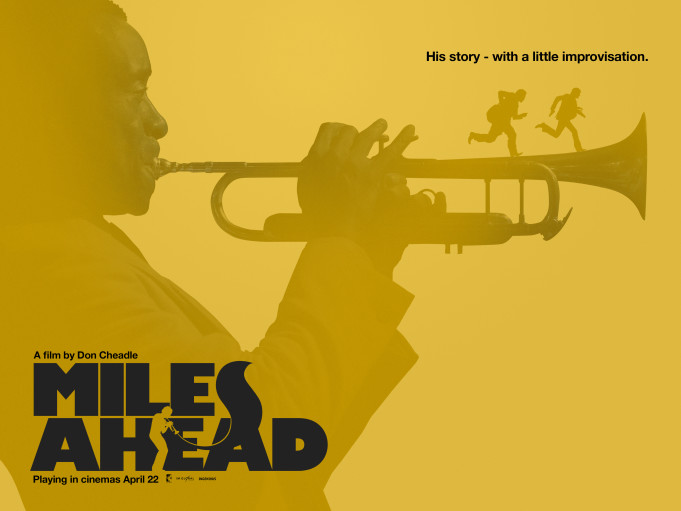 Icon has just released the First UK Teaser Artwork for Don Cheadle’s Miles Ahead, the film inspired by events in Miles Davis’s life.

The colourful and classy album cover like artwork are just as jazzy and bold as the film.

Written, Directed and superbly acted by Don Cheadle, see’s Rolling Stone reporter Dave Braden (Ewan McGregor) wants is an exclusive interview with the jazz legend himself, Miles Davis (Don Cheadle). What he gets instead is a wild and dangerous ride-along with a recording artist living at his edge, rife with shootouts, car-chases, and a tale of lost love to the singer Frances (Emayatzy Corinealdi). Miles Ahead is out in UK Cinema April 22.