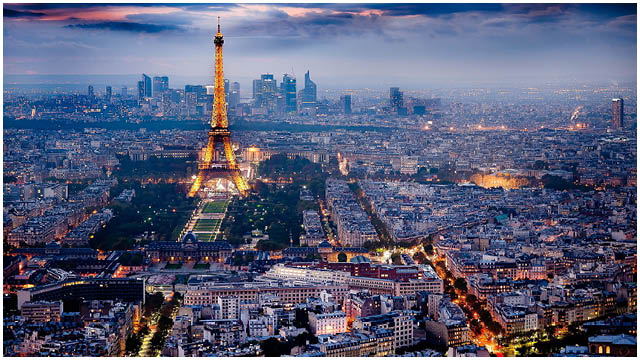 Paris is one of the most famous cities in the world. It is rich in history, and a fascinating destination for a tourist.

However, if you are an American, there are certain things you need to know about the Parisians and their city. The following are five of the most important things to know when you arrive.

Slower pace of life
Parisians live their life at a slower pace than Americans do, especially those in big cities such as New York City. This can be plainly seen at French restaurants and bistros. The French eat their food at a slower pace than Americans, and when they are through eating, they sit and talk for a while before leaving their table. In general, Parisians value a high quality of life, and this cannot be measured in dollars. You can also see this in the amount of time they take for breaks and lunch during working hours as well as longer vacations each year.

Greetings are expected
You may have heard that the French are rude, so this may come as a surprise to you, but every store or restaurant you enter in Paris, it is expected that you greet the shop owner or worker. In fact, if you fail to do this, you will be considered rude or perhaps even strange. This leads us to the next thing you need to know.

Learn to speak a little French
You may have heard stories about the French and how protective they are of their language. They refuse to adopt foreign words, instead choosing to create their own French versions for every new word created, especially those in American English. Although this is true, the French are always happy to hear their language spoken by foreigners, especially Americans. You will make friends quickly if you can learn a few simple phrases and common words. It is best to learn all of the words used for greetings and other pleasantries.

How the city is divided
Before you go to Paris or at least as soon as you arrive, you need to get a map of the city, so you can familiarize yourself with the areas of the city. This is not as important for getting around as it is for conversation. Paris is divided up into 20 different sectors or neighborhoods. Some of these areas are referred by a number, but just as common, they are called by name. This is no different than dividing New York City into boroughs such as Queens and the Bronx. Locating a particular place of interest becomes much easier once you understand where you are in Paris and where another place and neighborhood is located.

The best way to get around the city
Although Paris has a bus system and there are a plethora of taxis, the best way to get around is their subway system. Known as The Metro, it is arguably the most extensive system of any major city in the world. You can get anywhere in the city from any place you are at. It is easy to learn how to use the subway in Paris, even without speaking French.

Paris, above all other cities and towns in France, is welcoming to tourists. However, using the tips listed above, traveling to Paris for your vacation will make it more enjoyable and less frustrating.

This article was written and provided by Fiona Moriarty of Hipmunk, the ultimate platform for all your travel needs.