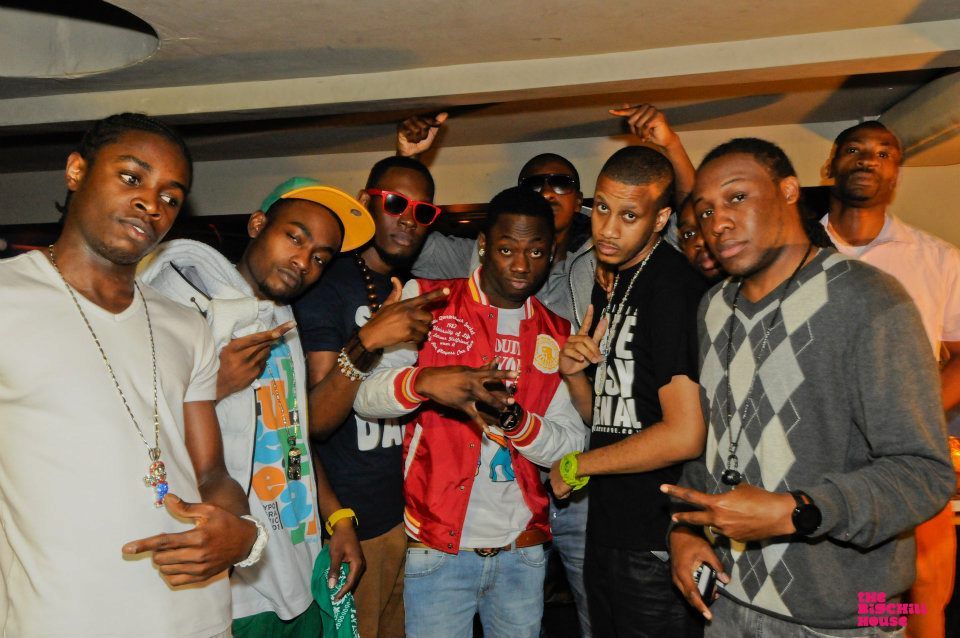 Doors opened at The Big Chill House, in the heart of London’s Kings Cross, as it was time for an evening full of fun in the presence of great people, good music and oh not to mention free drinks for the Flavour team! It wasn’t long before the horrible, drizzly rain outside was completely forgotten about and the night turned into one not to be forgotten about.

[Scroll down for video] It was time for the first performance of the night by Sam Garrett managed by Flavour Magaizne’s publisher Leonard Foster. A few minutes into his performance and there were problems with the sound so it was back to the music by DJ Chef. The Big Chill House staff got to work to try and resolve the in-house problem as the very apologetic Sam tried to do his best to help.

Once over the technical difficulties, Sam Garrett got straight into his set performing with his guitarist brother Tom. He performed two of his tracks ‘None the Wiser’ and ‘Memory Lane’ before finishing off with Bob Marley’s ‘One Love’. Despite the hitch, Sam Garrett killed it and provided a great singalong opportunity for everybody setting the mood for the rest of the evening and forthcoming 50 years of Jamaica’s Independence Day celebrations. DJ Melody Kane and DJ Chef continued to give us the bangers in between performances playing everything from classic hip-hop bangers, dancehall and funky house. Next up was the talented Anisa. Dressed in a fitted black top and jeans and a funky hairdo, Anisa took her seat at the keyboard to show off her sultry voice against the backdrop of the keys. The first song was understandably Alicia Keys ‘More Than A Woman’ making the song her own. It was then time to introduce us to her own song called ‘Music’ which she has Wretch 32 featured on. The crowd were completely engaged as we were taken on a journey with the emotion felt songs similar to the songs she has on her ‘Music EP’.

It was then time to get the energy back up with dancehall singer Lee-Anna and next up was Mr Midas performing his current single ‘Snapback’ and his forthcoming single ‘Not going Home Alone’ from his new mixtape MidasTouch. As Mr Midas rounded up his performance, the audience were warmed up enough for the night’s headline act Stylo G, the UK’s biggest dancehall artist. The crowd shuffled closer to the stage as he kicked off his set with ‘Call Me a Yardie’ along with his brother and producer Kodi Starr. The response was crazy and was an obvious call for a pull up as he started the song again on Drake’s ‘Motto’ beat showing how versatile his music could be. A quick shout out to Chip’s management team who were also in the building meant it was time to drop his most recent hit featuring Chip ‘Dash Out’. Girls seized the opportunity and jumped on stage to get their chance to whine with Stylo G himself which he didn’t look too upset about. Appreciating the crazy love from the great crowd and of course the love Flavour always show him, Stylo stuck around for some drinks and some laughs before heading down to another performance.

Other DJ’s who took to the decks included Shorty Bless, Melody Kane and Corey spinning the best tracks as drinks were flowing, people were vybzing and everyone began dancing the night away. Flavour proved yet again that we know how to party hard and provide great entertainment whilst also making the night FREE for everyone.

This event was sponsored by VP Records. Make sure you get a copy of Reggae Gold 2012 available from iTunes, Amazon, LastFM and outlets nationwide!