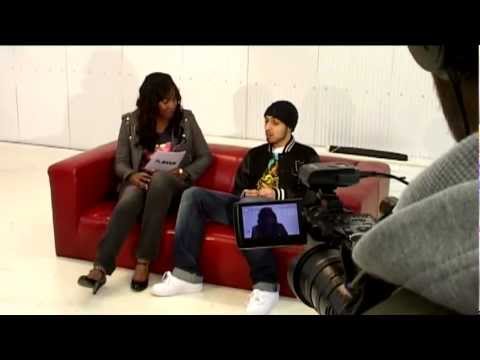 So, we’ve had Kidulthood… then Adulthood… and now Anuvahood…? But before you roll your eyes and wonder how much gritty depiction of council estate life you can take, Anuvahood is a ‘hood film’ with a difference.

Billed as the UK’s first urban comedy, with a laugh-out-loud story line and cast, fans of US classics such as Soul Plane, Friday, House Party and How High, will definitely enjoy this film.

Directed by and starring Adam Deacon, who also co-wrote the film with cast member Michael Vu, Anuvahood is best described as a ‘coming of age story of waste man to real man’.

Set on the Goonbred estate, the story follows a young man called Kay, played by Adam Deacon. Fed up with council estate life and disillusioned by his dead end job, at local supermarket Lamesbury’s,
Kay tries his hand at selling drugs as a means to fast track himself into what he believes is a much more glamorous lifestyle. However, as with all comedy lead characters, Kay falls flat on his face and
quickly realises that he is not the big ‘road man’ that he thinks he is, nor is his new chosen way of life, in any way glamorous.

The film boasts a star studded cast and there are also cameo appearances from Giggs, self entitled ‘Ghetto Princess’ Aisleyne Horgan-Wallace, Richard Blackwood, Asher D, Levi Roots and
many more.

The scenes we saw being filmed with lead cast members were hilarious and we think Anuvahood is going to be ‘anuva’ blockbuster.

Anuvahood will be released nationwide 18 March 2011.