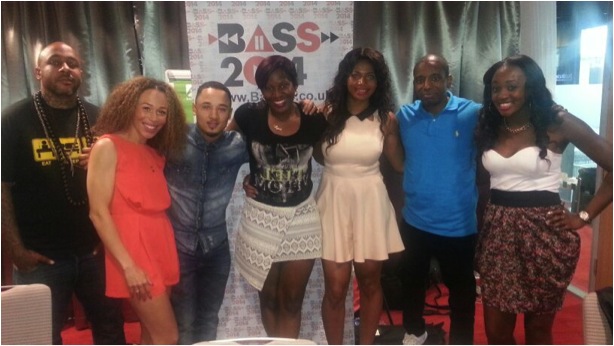 In June, Flavourmag’s Annika Allen invited me to host their ‘Webstars’ panel discussion as part of Birmingham’s BASS Arts and Culture festival. I was joined by five talented panellists from the media industry who shared their personal stories and gave advice on how they have used social media to maximise the exposure of their projects to a global audience. The panellists included; Music video director, Ben Peters from N22 Films, who has directed music videos for Skepta, Tulisa, Rebecca Ferguson and Wiley amongst others; online TV director, Mark Senior who directed online comedy series, Ones & Two’s; award-winning actress and star of web series Venus vs Mars, Leticia Hector; award-winning Film director and founder of Upshot Productions, Sebastien Theil and TV presenter, Remel London who can be seen on LinkUpTV and on her new online show The Show Room. With a full house at the Birmingham Rep Theatre, the panel discussed topics such as whether having a degree in Film and TV is really necessary nowadays if you want to work in the media industry, the importance of self belief and perserverance and how to leverage social media platforms such as Vimeo and YouTube to gain exposure for your work but not necessarily as an avenue to get paid.

Being someone who holds a degree in Film & TV from Brunel University, I would say it did help me in my career in terms of getting job interviews but I doubt whether the subject I studied, added any extra brownie points. Ben Peters didn’t seem to think getting a degree in Film & TV was worth it unless you study at a more reputable university like Ravensbourne, London Film School or National Film & Television School. I’d say it was my passion and enthusiasm for TV that got me the jobs and to where I am in my career today. People can tell in an instant if you love what you do and whether you are driven to work hard in the industry you choose.

Actress Leticia Hector, stressed the importance of being self-motivated. “Self-motivation is one of the best things to have. Know where you want to go and where you want to be.” She also spoke of how YouTube was really key for her as a black actress, in helping her get noticed by casting agents. This is an interesting point, especially as there are so few black female actresses playing lead roles currently in British Film and Television.

Leticia explained how it had been refreshing to hear how well-received Venus vs Mars has been around the world. With a predominantly non-white cast, in just two short years, the show has already amassed a loyal viewership of thousands. And with the recent theatrical release of Belle, the film inspired by the true story of Dido Elizabeth Belle, the illegitimate mixed-race daughter of a Royal Navy Admiral played by Gugu Mbatha-Raw. Perhaps this is a positive sign of a shift in people’s attitudes towards seeing more diverse faces in lead roles on our screens? Time will only tell.

One thing that was poignantly clear, was that creatives are no longer waiting to get their programme/film projects green-lit by mainstream broadcasters. People are actively doing it for themselves. Remel London saw a gap in mainstream TV for a new show format and has set up her own show utilising the existing LinkUp TV platform to fill that gap for young viewers. So if you have ideas about a starting a project, what is it that is stopping you? You have the power to make it happen. Seek out other like-minded creatives with the skills and equipment you need to make it happen and create it together. Other great take-away’s from the discussion was the importance of having a mentor to help you along your journey as mentioned by Sebastien Theil. “If you don’t have a mentor, find one. As they help you speed up your growth.” Remel London commented on the people who have mentored her throughout her career, “People I have worked with have been brutally honest and allowed me to get ahead.”
I recently attended a women’s networking event where business woman and founder of the Black British Business Awards, Melanie Eusebe told the audience to research the top 10 people in the industry you want to work in and ask all of them to mentor you. This is SUCH great advice, because you have nothing to lose and everything to gain from their wisdom. All they can say is no and for most people, being asked to be a mentor is an honour. I would also stress to be a mentor too, as by sharing what you have learned, it works full-circle and you never know how much someone could benefit from you sharing what you know. Along with the importance of mentoring, Marc Senior explained the power of networking as an instrumental tool to surviving the industry, “People buy into people. Network with people to get you into the industry.” There are many networking events on every month in London and many of them are either free or subsidized for young people. And let’s not forget Twitter! Twitter is a fantastic source of information to find out when a production is crewing up or is hosting auditions and casting calls for presenters and actors. If you’re not connected, get involved! There’s really no excuse. Here’s a few more useful take-aways I got from the session:
• Don’t be afraid to take risks
• Do it for the love of what you do, not to make money
• If you have an idea for a TV series that is not already on TV, make it yourself and put it online!
Ben Peters ended the session nicely with some wise words. “If you put 100% effort into what you want to do and to get to wherever you want to be, you will be satisfied with your efforts.”
So there you have it folks! Dream big, persevere and believe in yourself! As YOU really do have the power to create your own content and future opportunities.