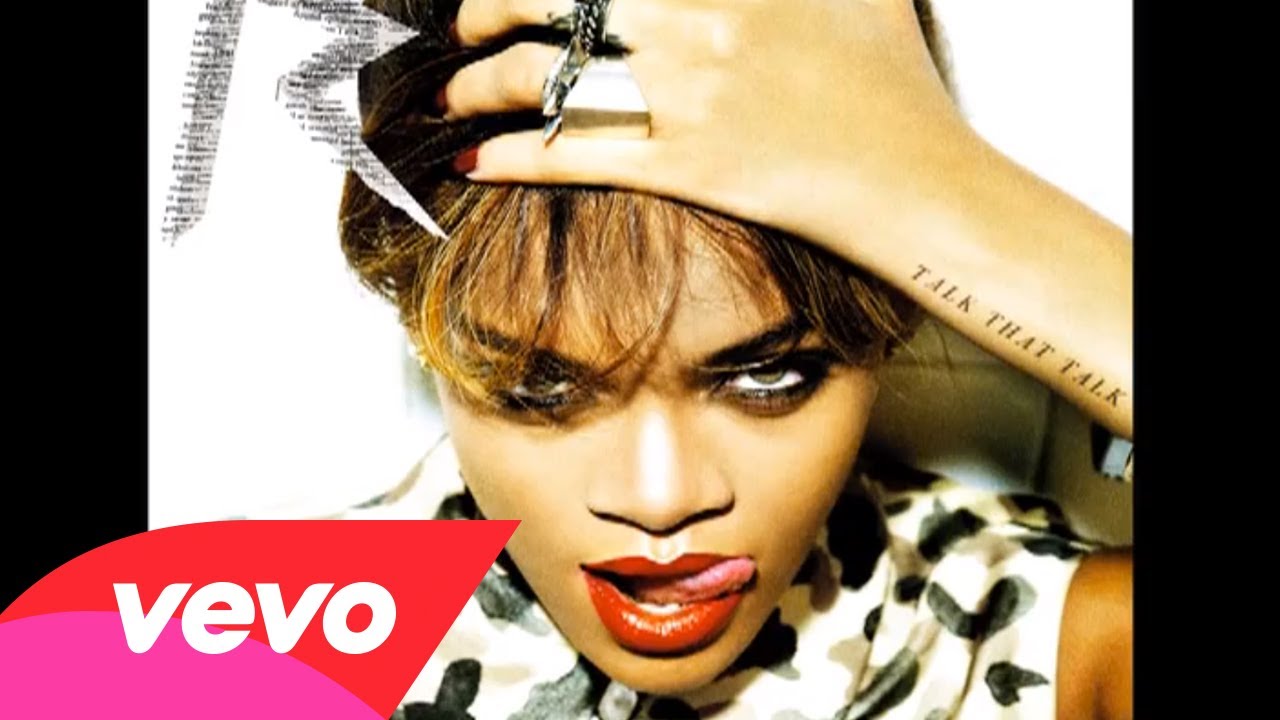 We have seen Rihanna grow from a girl to a rebellious young adult – whilst her career has blossomed into the largest and most vibrant flower in the field, her personal life has been a sea full of waves that have certainly tried to knock her down – but shes only got up stronger, better and harder. I couldn’t wait to hear her 6th studio album, particularly after hearing the hit-and-miss ‘We Found Love’. I listen to ‘Talk That Talk’ back to back to give you the only opinion that matters – mine. I jest. Kicking off the album is also her second single; ‘You Da One’. The West Indian accent is strong and the song has a happy vibe, reminding us of her ‘Music of the Sun’ days. This tune has that winning catchy formula that only Rihanna can do (think ‘Umbrella’).

‘Where Have You Been’ is one of my favourite songs on the LP, with a great vocals from the RnB star who is not exactly known for her jaw dropping notes, particularly when performing live. It is a futuristic dance track and I predict this will be a future single.

The LP’s first single and a Calvin Harris production, ‘We Found Love’ was one of the most annoying songs I had ever heard on my first listen. However, after seeing the video, which featured Ri Ri vomiting ribbons, chain smoking and falling around drunk, I finally understood what “we found love in a hopeless place” meant – and I loved it.

The only track with a feature, it was only right that it would Jay Z who took that spot. However, the song and the album title ‘Talk That Talk’ is not a special addition to the album. Jay Z is so-so with his lyrics and flow, the song is okay, I certainly wouldn’t say I dislike it… I just don’t think it’s phenomenal. Sorry.

Next up is ‘Cockiness (I Love It)’. I’m not a prude, but… put it this way: The first lyric was “I want you to be my sex slave”, continuing with lyrics like “suck my cockiness, lick my persuasion” and “I love it when you eat it”. Despite my concerns for her younger audience, I actually love this song. The production is amazing, her voice sounds as sexy as hell and the contrasts in the song work spectacularly. This is like a song version of her now-famous ‘F**k Off’ trainers. No one can say s**t to this woman.

Ri Ri then picks up the pace with ‘Birthday Cake’. With a heavy bass, more of that sultry voice, another catchy hook (which is essentially Ri saying ‘cake cake cake cake cake cake’ over and over) I cant exactly say it is a bad song. In fact, I will probably be singing it over the next few weeks. But at this point its like, ‘we get it – you like sex.’ Chill out about it and sing about education or something – your younger fans need more SUBSTANCE.

I expected ‘We All Need Love’ to sound like ‘We Found Love’. I guess that was stupid on my part. I smiled when her vocals said hello to the beat. This was more like it – that sweet girl we used to know is still in there. Its nice to hear the softer, love-craving endearing Rihanna step up – since that incident with Chris Brown I thought that element of her had been lost. The problem with the next song, ‘Drunk On Love’ is a simple one – even her fans have said she will not be able to sing this live, the way it should be sung. I will wait to see her perform it before I make that judgment. The lyrics are great, the beat gives the song an epic feel and I almost felt it should have been the last song on the LP – it sounds like its meant to be the end of an epic love story.

By the time I reached ‘Roc Me Out’ I was a bit p*ssed off – simply because it sounds like ‘Rude boy’. I understand that artists use some familiar sounds when creating new music; after all, they all want to continue to make hits – and everyone knows that if it ain’t broke, don’t fix it. But this is too similar to all of her other songs circa 2009. Although I wouldn’t turn it over if it emerged on the radio, it certainly is not special.

‘Watch n Learn’ cheered me up. Like my other favourite songs on the album (Cockiness, You Da One, etc) it has that signature Rihanna sound; you could never mistake this song for anyone else. The beat is futuristic; in fact, it reminds me of a new edition of an old Kanye beat (its actually produced by Bangladesh). The lyrics are sex related again, however I really enjoyed the contrast between the light beat and her husky voice – pure catchiness. Verdict: It’s a winner.

‘Farewell’ contains great vocals and is a heart curdling song. In fact, it’s kind of epic. When she sings “Somebody’s gonna miss you…. Farewell” I had goose bumps on my arms. It’s an amazing, winning end to ‘Talk That Talk’ – well done love.

Now for the bonus tracks.

I was so happy to see ‘Red Lipstick’ feature on the album – I’ll admit it; I am only happy because it is a Chase & Status beat and I think a UK vibe gives Ri an element of freshness that many American artists are still too scared to try.

‘Do Ya Thing’ is a serene song, which is contradictive as she is telling painfully telling her lover to go and do their thing. It has a very teenager-ish vibe which works well; however I can understand why Ri kept it as a bonus track.

‘Fool In Love’. OMG. After about 3 seconds, I knew I had to listen to the entirety of the song. Everyone has to buy the deluxe album, as it is a criminally insane shame that it was not included on the standard album – in fact, it is one of the top 5 (at least) songs on the whole LP – so I can’t understand why it is only a bonus track! I frickin’ love it! Have I got my point across yet?!