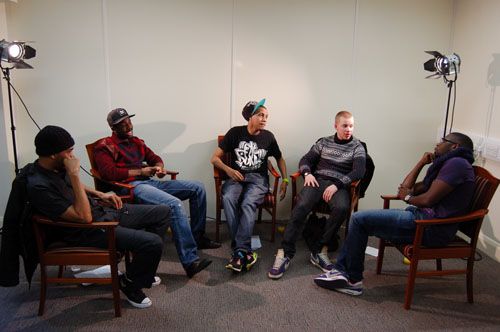 Flavour Magazine and Brothers With No Game (BWNG) have put together a fabulous UK panel featuring comedians Slim and Jamie Howard, presenter Ralph Hardy and music artists Mr Midas and Fem Fel to give you the low down on their personal rules for dating, best and worst dating experiences, , the pros and cons of flirting using technology and social media, the ‘friend zone’.

Brothers With No Game is a lifestyle blog that aims to inform and entertain with their views on topics including dating, sport, fashion, entertainment, society and culture. The four ‘Brothers’ (Justin Credible, Maverick, Don Kwelu and The Yak) have become particularly popular for their articles about dating, relationships and the dynamic between men and women; so popular that they were nominated seven times for the Black Weblog Awards which took place in LA, have appeared on Colourful Radio and Voice of Africa radio and were the media partner for an event with Paul Carrick Brunson – a top US relationship expert who is set to host a show on Oprah’s OWN network.