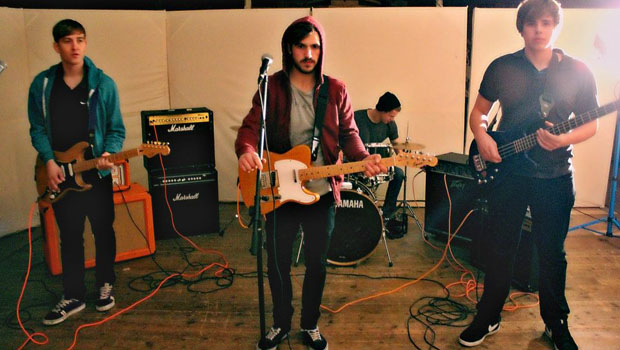 Welcome to ‘Flavour Present’s,’ a brand new regular feature which will introduce artists and bands who we believe are set to launch an assault on the music industry! At Flavour we have a team of knowledgeable and passionate music experts who are dedicated to discovering the artists with the potential of being the next big thing! Flavour Presents will give artists and bands a platform to reach a large UK audience whilst offering our readers the opportunity to hear musicians who they may not be familiar with. In our first ever feature we will focus upon three very different acts who we believe all have the potential to enjoy a long-lasting and very successful music career! First up we have August Alsina; a sensational RnB artist hailing from New Orleans. August has long been on our radar and was originally my tip for break-through artist of 2013. A couple of months in to the new year and my prediction has already been proved right as August Alsina has recently signed a deal with Def Jam.

August began to make a name for himself after posting several videos on Youtube covering songs from artists such as Musiq Soulchild and Lyfe Jennings. Under the guidance of Noontime Unlimited, August relocated to Atlanta in 2011 to begin carving his own musical path with his life experiences at the centre of his artistry. He recently teamed up with Hoodrich/MMG’s own DJ Scream for the release of his debut mix-tape, ‘The Product’, which spawned the internet and radio with anti-love single “Sucka” which features fellow New Orleans crooner Lloyd.

Yet to reach 21 years old, with already a lifetime of troubling experiences behind him, August is living proof that your past doesn’t have to dictate your future, and that life’s hardships can be the motivation required for success. With Grammy Award winning singer/songwriter The Dream preparing August’s debut project for release through his Radio Killa/Def Jam imprint, the path to success has been laid. Look for August to make 2013 his official coming out party.

Whilst exclusively talking to FlavourMag August reflected on his life growing up in New Orleans and the difficulties that surrounded his child-hood. ”I was always a yungin’ trying to get it. I always found myself into different sh*t. Some issues were just given to me without a choice of my own; the good and the bad. I’m from the murder capital and that alone is indescribable. The fact of the matter is no matter how bad or tough it was, I’m blessed, I always have been, all of that made me, which is why I’m here today.”

It’s always admirable to see someone striving to make something of themselves regardless of their situation and August’s dreams were realised when he signed for Def Jam, he continued by describing to us how the deal materialised; ”My Noontime family and I always had a plan. They helped develop me into what I am, they took who I was and made it grow. Once we were ready we went to see Karen Kwak at Def Jam, she liked what she saw and took me around the building and then introduced me to The Dream whose also an exec at Def Jam. He fu**ed with the music, met with Barry Weiss the next week and it was sealed. The Dream will be co-executive producing the album.”

August is currently working on his second mixtape which you will find at officialaugustalsina.tumblr.com Next up we have Castles; a Devon based indie-group who continue to build on an already prevalent fan-base with their versatile and catchy sounds. By creating their own sounds rather than using covers they have developed a style which they are comfortable with, making them a huge local success. Each member offers a different style birthed from their individual influences which when fused together creates a unique and compelling sound.

They say that their main objective it to be ‘always making new and innovative sounds whilst never trying to stay on one form or style at any time.’ The Castles’ sound has been compared to the likes of Interpol and Coldplay’s earlier work, but they insist ”we want to continue refining our own sound and making it our own. Every song we write always ends up sounding slightly different from the last which is very exciting to us as it means we still have the freedom to create what we want rather than having to stick to certain structures and repetitive sounds.”

The Castles’ have signed a short-term deal with independent record label Snapback Records and are performing in Cheltenham on March 2nd; details of which can be found at www.facebook.com/events/122217421287897 Finally we have Californian rapper Kid Ink. Kid Ink has been an artist which I have followed for some time and his relentless hard work finally paid off when he signed to RCA Records. Kid Ink has recently returned from an independent tour of Europe which he followed up with his hugely successful mix-tape ‘Rocketshipshawty.’ I caught up with the rapper when he was in Birmingham; he wowed the crowd with an energetic performance afterwards explaining that his work-rate and passion for the art-form ensures he keeps creating music of the highest possible standard.

Covered from head to toe in tattoos, Tha Alumni artist said he began getting them from an early age and has not stopped since. “I started around 16 years old. I went with my mom for my first tattoo, I just wanted to get the biggest tattoo in school! I got addicted, I can’t wait to go home and get tatted. They all represent a time, when you look at the tattoos you remember what was going on during that time of your life, it’s a great way of keeping memories.”

Kid Ink recently featured on the acclaimed XXL Freshman cover and has since gone from strength to strength acquiring and strengthening his fan base. The young artist is leaving a big impression with each track he releases and with the artists clear passion, maturity and undoubted ability Kid Ink and Tha Alumni are only going to get bigger and bigger.