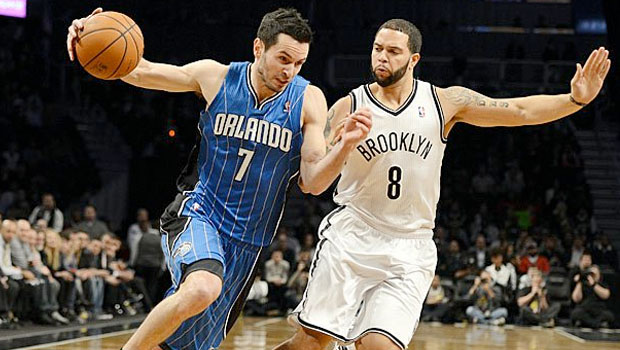 Basketball is a sport which has been traditionally overlooked in the UK with sports fans opting for the more traditional games of Football, Rugby and Cricket; although you wouldn’t of thought that if you were in the jam packed O2 Arena for the most recent installment of NBA played on British shores.

The NBA is seeking to expand its global audience and they hope that bringing game’s to major cities around the world will inspire previously untouched market’s to engage with Basketball.  Those who attended the game will agree that the NBA is totally unique to anything that we currently experience in the UK.   The teams were introduced amidst flashing lights and thumping music as the players boisterously high-fived one another in an attempt to  pump themselves up for the game ahead.  During the game fan-fare’s and music echoed around the arena as the teams cheer leaders added a final touch of glitz and glamour.  If one thing is for sure it is that the NBA certainly know how to put on a show!

For any Basketball rookies interested in getting to know the sport a bit better here is a breakdown of  the NBA’s format:

Following  last months incredibly successful game in London between the New York Knicks and the Detroit Pistons Flavourmag got the opportunity to talk with  Orlando Magic stars J.J Redick and Jameer Nelson.

Hi guys, firstly what are your feelings regarding teams travelling outside of the States for mid-season NBA games?

Jameer: I think it’s tough, but once you get there it could be fun. Travelling itself is just taxing on the body.

Some people have argued that travelling across the Atlantic mid-season could have a negative impact on the team’s next few games. Would you agree that the trip could affect players preparation and fitness going forward?

J.J: It could…  The league obviously has to do a good job of scheduling games before and after a trip to London. But, I think the NBA schedule is as difficult as any, we change time zones all the time and we travel three or four times a week.   I don’t think it would be anything new or anything more difficult than what we already face!

Jameer: The distance of certain flights could be a problem, yes. Hopefully when teams travel outside of the United States they aren’t 20 hours away!

How would you describe the Magic’s season so far and what are your aspirations for the team come the end of the season?

J.J: We’ve had a rough season.  I don’t think there are many guys on our team that are used to losing but I think we are growing and getting better and building toward the future.

Jameer: That we just continue to get better.  So far I think that we’ve grown a lot and we still have a lot more growing to do

For people who had their first taste of the NBA in London and are looking for a team to follow… tell them why they should support the Orlando Magic?!

J.J: I know that people in Great Britain are big fans of Disney World, so I think it’s just a natural fit that they would root for the Orlando Magic!

Jameer: We’re a fun team to watch, exciting.  It’s kind of like a mystery, you never know what you’re going to get!

Do you feel the NBA can really take off and perhaps even rival soccer here in the UK?

Jameer: I’d have to say yes.  But soccer is so big over in the UK, that’s the sport.  Hopefully, we can try

Finally, do you have a message for your fans in the UK and the readers of Flavour Magazine?

J.J: I’m just really happy that I have fans in another country that speak English!

Jameer: Try to welcome us to the cities we travel to, hopefully they support us if we come over there to play!

Be sure to check out the Official Orlando Magic Website for latest news and merchandise!