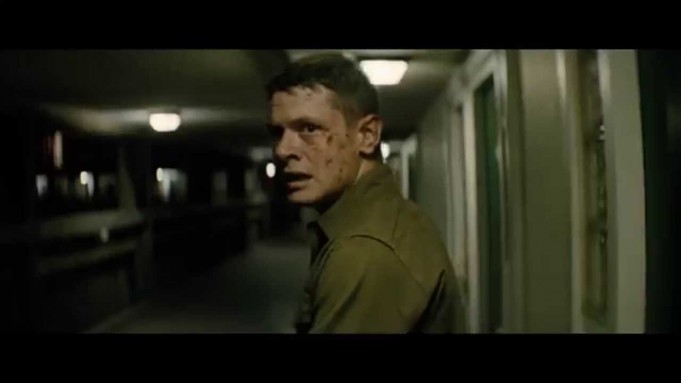 This week we carry on from last week’s countdown of the top 5 Independent UK Movies that deserved more attention in 2014. Last week we gave you 5-3 in the form of X+Y, Pride and Mr. Turner. Are you ready to take in what made it into our top slots? Well here we go….

Calvary’s Father James is a good man intent on making the world a better place, unfortunately this just isn’t going to happen in this small town. The spiteful and constantly confrontational inhabitants do nothing but shock and sadden him. After being threatened during confession he finds himself battling the dark forces closing in around him.

Calvary is an Irish black comedy drama starring not only Brendan Gleeson as Father James but another very familiar face in Chris O’Dowd. This film will go down a storm in art houses across the country but don’t let that put you off. The film is rich in character drama giving it that depth of a real storyline which is so often lacking in most dramas on the scene these days. It isn’t all doom and gloom either with the black comedy laced throughout. With the examination of the religious faith those with a strong religious belief may be weary but this has all the hall marks of a pretty masterful piece of film.

England, 1971. New recruit Private Gary Hook (Jack O’Connell) is deployed to Northern Ireland with the rest of his regiment to help police the rising tensions between the Protestant Loyalist’s and the Catholic Nationalists. With no time to settle into their new home in a bleak abandoned school the platoon are sent on their first assignment, to aid the RUC in a house search.  With the extreme heavy handiness the RUC deals out the situation soon spirals out of control. Gary soon finds himself abandoned by his unit following the riot. Unable to tell friend from foe, and increasingly wary of his own comrades, the raw recruit must survive the night alone and find his way to safety through a disorientating, alien and deadly landscape.

Not being a fan of the “war” film in particular I went into this film with hardly any expectations. My mind was open to experience something which I hoped would educate me and impress.  Wow, I certainly came out with a completely different mindset on what a good “war” film can bring to the table. There are differences between the big Hollywood blockbusters that glorify the subject; they usually show no real substance. When it comes to the British creating this kind of story we tend to be more real, gritty and raw and really concentrate on telling the story. This is exactly what we have here in ’71, it’s really quite refreshing. At time of press ’71 has actually been nominated for 9 British Independent Film awards for 2014.

So there we have it, our top 5 Independent UK Films that are a must watch for any movie fan. We can always rely on the British Film Industry to provide us with raw, gritty, compelling and heart warming stories which are truly underrated. We highly recommend everyone supports British Film not only for this generation but for the next batch of budding actors and film makers.