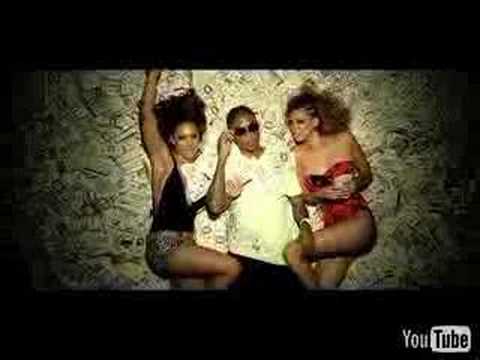 Once again Flavour bring you the heat from the world of entertainment with this week hot five.

5) Model Gets Funky
We have all done the migraine and the tribal skank, but what about the model move? Are you ready for it, because Jasmia Robinson from Britains Next Top Model and winner of Model of the Year at the Beffta’s revealed exclusively to Flavour she’s laid down a track that will have everyone the strutting like a stunna in early 2010. Get ready to pose people.

4) Rappers Law
Ludacris is being sued by his former lawyers for $61, 820. Apparently he failed to pay fee’s when they handled a personal injury claim. But surely the whole thing is an oversight by the famously generous rapper? Whilst rhyming about girls, chicken n’ beer, he hands out the cash as fast as he stacks it, giving to charities and even supplying cars to those less fortunate. If it is true he better pay them fast before they get too furious. We reckon all the spare cash floating around in the Money Maker video would cover it.

3) (se)X-Factor
On Saturday night Cheryl Cole gave her long awaited performance on X-Factor, proving that she could sing live whilst performing a slick ass dance routine. She looked good on stage wearing a revealing outfit consisting of slit to the waist trousers and midriff baring military jacket. But wait a second, not so long ago she dissed Kandi Rain for dressing like strippers. Come on Cheryl admit it, sex sells. No female singer is gonna shy away from rocking a hot sexy outfit….pot, kettle black…me thinks.

2) Rihanna Wired
Following the sexy diva’s theme, take a look at the artwork from Rihanna’s latest album. At least she let us know the deal, her latest effort is called Rated R. Out with the umbrella’s and in with the barbed wire. Ri-Ri looks hot but we cant help but think…ouch! Her new track Russian Roulette premiered on her website yesterday, what do you think?

1) The Big Switch
The leader of the BNP, Nick Griffin, is preparing to appear on Question Time this Thursday. Please do not waste your TV License fee’s by watching the leader of a nationalistic, discriminatory political party. If by some mistake you find yourself watching the show when he is on, switch over or switch off! The UK is a cosmopolitan, multicultural leader and there is no need for us to start taking a step back! Black, White, Asian, whether you were born here, emigrated or beamed in from space this country is your home. It’s about time the BNP got with the programme!