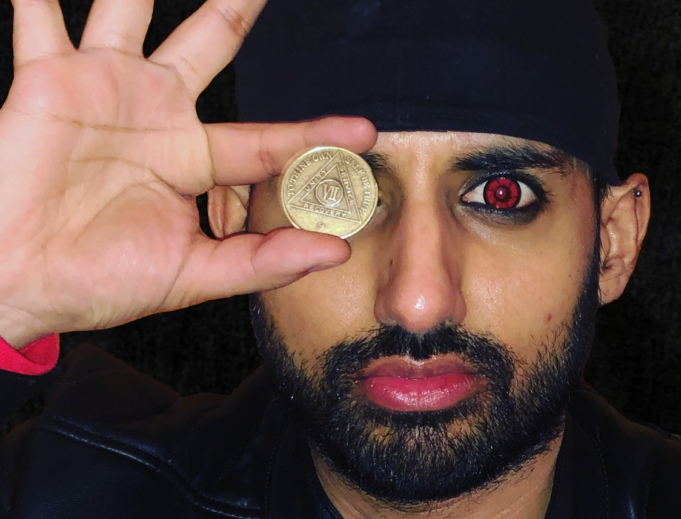 The first single from his upcoming album, ‘Cherry’ is the debut single from new rapper Flowgli. Written after a traumatic severing of an unhealthy attachment, ‘Cherry’ explores themes of abandonment and the grief process, allowing Flowgli to explore and express his personal feelings towards this event.

Wanting to share the process, Flowgli has been uploading IGTV’s to his Instagram where he discusses his artistic and emotional process as he creates the album. ‘Cherry’ is a sombre but aggressive and melodic track depicting initial shock, anger and hurt. Melody features heavily in Flowgli’s hook and bridge sections across the album.

Ever wondered what Mowgli from The Jungle Book would look like as an adult? As a rapper? New artist Flowgli imagines this through his music, presenting us with hip hop that is both emotional but also aggressive and raw. He also writes and performs from a wide and ever-growing range of perspectives; from Vampiric to BDSM roles that will feature in his upcoming debut album. Flowgli discovered his talent for hip hop as he was working towards sobriety. “Your soul remembered rap music” Flowgli was told by a recovery buddy. This realization also coincided with him discovering that he has Asperger’s syndrome (a form of ”high functioning” autism). Since uncovering his, lyrical, rhythmic and melodic ability, Flowgli has let nothing stand in his way and is currently working on his debut album which draws upon themes of attachment, abandonment, grief, sexuality and communication issues in relationships.